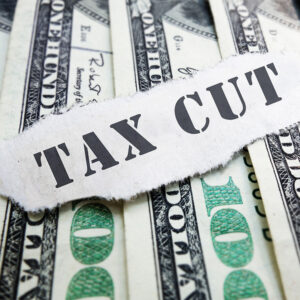 New Hampshire has once again beaten its own fiscal expectations, and House Republicans want taxpayers to benefit from that success.

On Wednesday, the Department of Administrative Services announced it took in $434.1 million in revenue in April, more than $84 million than projected. That news came fresh on the heels of the department’s March report, where the state took in nearly $25 million more than expected.

In fact, the state has exceeded its fiscal expectations every single month of 2021.

Republicans in the New Hampshire House see the extra dough as evidence their proposed business tax cuts are the right call.

“It is clear from this report that we are collecting taxes from hardworking and struggling New Hampshire small businesses that the state never intended to receive, and we may not need,” said House Majority Leader Jason Osborne (R-Auburn). “This is the perfect time to keep those dollars in the hands of business owners so they can focus on coming out of this pandemic, driving our economy, and creating jobs.”

“Our state budget is on track to lower taxes for businesses and all New Hampshire citizens, and we believe this will enhance our economic recovery,” Osborne added.

The Republican-controlled House passed its version of the state budget last month, which decreased a bevy of taxes including the meals and room tax, the interest and dividends tax, and business taxes. That budget is currently in the Senate, where changes are expected to be made before its passage.

“Today’s revenue report demonstrates that there is a tremendous opportunity to provide tax relief to Granite Staters that will help our economy thrive coming out of the pandemic,” Moore told NHJournal. “We’re thrilled by the positive steps to reduce taxes included in the House budget, but this new data provides the chance to deliver additional tax relief in the Senate. This is more evidence that the positive tax steps New Hampshire has taken, coupled with poor decisions by our neighbors, was the right course of action, and we need to stay on this path.”

“What this increased revenue proves is companies are making a lot of money and the current tax rates are just fine for them. A very few companies pay most of the tax,” Sen. Lou D’Allesandro, the leading Senate Democrat on fiscal policy, told NHJournal. “We should keep rates exactly where they are because businesses are doing well. The one exception is the rooms and meals tax and we can trace that directly to the pandemic.”

Drew Cline, president of the Josiah Bartlett Center for Public Policy, a New Hampshire-based free-market think tank, notes the numbers aren’t just good news for state government, but a rebuke to those who predicted previous tax cuts would do more harm than good.

“The growing economy is bringing in hundreds of millions of dollars worth of unanticipated state revenue,” Cline told NHJournal “That’s the opposite of what we were told would happen after the state cut business tax rates. With so much extra revenue, there’s certainly no case for tax increases and a growing case for further reductions.”

One possible reason for the state’s success might be found in a new report from the libertarian Cato Institute ranking New Hampshire #5 on the best states for entrepreneurs. They examined “state and local barriers to startup businesses” and found the Granite State one of the most startup-friendly states.

Democrats like D’allesandro argue New Hampshire already has the country’s fifth-lowest tax burden, and people will always complain about taxes no matter how low they go.

“Nobody likes to pay taxes, but it’s the return on investment you want to see. And New Hampshire does very well on that count,” D’Allesandro said.