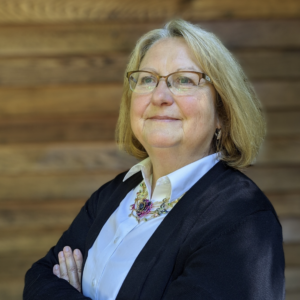 The race to replace the late New Hampshire Speaker of the House Dick Hinch is receiving national attention.

D.C. Democrats have already spent nearly $50,000 to influence the Hillsborough 21 special election in Merrimack, just one seat out of the 400-member state House of Representatives.

To put that number into perspective, Bill Boyd, the Republican running for the seat, has raised a little under $13,000 and spent just over $9,000.

Democrat Wendy Thomas has raised more than $24,000, much of the money coming from out of state, and spent more than half of it.

According to campaign finance reports, the New Hampshire Leadership Committee, a recently formed political group that shares the same street address as the DLCC, has raised nearly $50,000 in support of Thomas’ campaign.

Earlier this month, the DLCC registered another new political committee, DLCC New Hampshire, for campaigns in the state as well.

Why so much national money for a local race?

New Hampshire was an embarrassing setback for Democrats last year. Despite easily winning the presidential race and all three federal elections, Republican Gov. Chris Sununu was the state’s top vote-getter and he led his party to control of the Executive Council and both houses of the legislature.

In Hillsborough 21, a multi-member district, Rosemarie Rung was the only Democrat to win one of eight seats up for grabs last year. In fact, Thomas is one of the three incumbent Democrats who lost their seats.

Across the country, Republicans gained well over 100 state legislative seats, flipped chambers, and didn’t lose a single majority of their own. Right now, Republicans now hold 23 “trifectas” — a GOP governor and control of both legislative chambers.

Boyd, who has spent the last decade as a Town Councilor for Merrimack and as a member of the Drinking Water and Ground Water Advisory Commission, was “enthusiastically” endorsed by Sununu.

“No one will work harder than Bill to save our New Hampshire Advantage and he is against a sales and income tax. The families and businesses of Merrimack will be well served by Bill Boyd working for them in the State House, and I urge all to vote for Bill,” Sununu said.

The Merrimack Democratic Party did not respond to a request for comment from NH Journal. Hillsborough 21’s special election will be held on April 13.