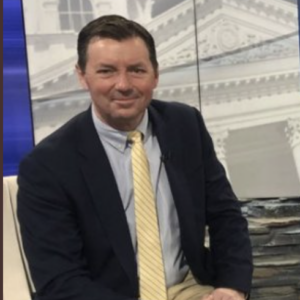 State Sen. Tom Sherman has made no secret of his opposition to New Hampshire’s popular Education Freedom Accounts program, co-sponsoring a Senate bill to kill it just last month.

If Sherman and his fellow Democrats had succeeded (the GOP majority defeated their repeal bills in both the House and Senate), about 1,800 families using the EFA program would have had to pull their children out of their chosen schools when the current funding ran out.

Supporters of EFAs say Sherman’s legislation is both cruel and craven, proving the party is answering to powerful teachers unions rather than parents.

Since that vote, Sherman has become a Democratic candidate for governor and modified his position. While he is still opposed to EFAs, he told WMUR’s Adam Sexton he is willing to grandfather in the students currently using the program.

“I’ve thought a lot about this,” Sherman said. “They were budgeted $3 million, by the way — this is less than 1 percent of all the school-aged children in the state.

“I would not disrupt a child’s education who is currently in the system. That’s my pledge because I believe that would be cruel,” he added.

However, Sherman said he wants to add a different barrier: An annual means test for EFA families. If their income one year exceeds the current limit (300 percent of the poverty level), their children would be kicked out of the program.

“One of the problems with the Education Freedom Accounts is they only do a means test in the first year. So if in the second year you win the lottery and you can actually afford to send your child to private school or homeschool or religious school, you’re not tested again. So you’ve got a 12-year carte blanche on the taxpayer with no accountability,” Sherman said.

EFA supporters dismiss the “lottery ticket” example as ludicrous and point to more realistic possibilities: A parent earning significant overtime pay during a tight labor market like today’s, then going back to their typical income the next year. Or a year like 2021, when massive government spending to address COVID-19 caused some low-income family incomes to surge temporarily.

“The legislature passed Education Freedom Accounts to provide funds and stability to out-of-the-box children that need an out-of-the-box education solution,” said Kate Baker Demers, executive director of the Children’s Scholarship Fund which is administering the program. “Changing the underlying law to force the removal of any child because a family member may go one dollar over an income threshold would defeat this purpose of providing true stability.”

Jason Bedrick, director of policy at EdChoice, said lawmakers were aware of the problem of parents dropping in and out of income qualifications and intentionally avoided the “poverty trap.”

“The Education Freedom Accounts policy was carefully designed to avoid contributing to the ‘poverty trap’ that would create a disincentive to growing household income,” Bedrid said. “But in truth, the EFAs should be available to all families. No one school is the best fit for all students, which is why the money should follow the child. Would Dr. Sherman kick kids out of district schools because their parents made too much money and paid too much in taxes? If not, then he shouldn’t support kicking them out of the EFA program, either.”

State funding already “follows the students” by sending money per pupil, based on a formula, to every school. Total state funding for K-12 students is around $1 billion, and the state’s share of a typical student’s education is around $4,600. That is the only money EFA families can access.

The $8 million currently projected for EFA’s is about 0.8 percent of state education spending.

Meanwhile, total K-12 spending is more than $3 billion, mostly from local taxpayers. That largely-local funding is typically around $10,000 per student, though it varies greatly between districts. That money still goes to the school even after the student leaves. Local public schools have fewer students to teach, but more money to do it with.

Whenever this claim is made, Gov. Chris Sununu responds that this budget “spends more money per pupil for public education than ever before.”

How can both be true? Because New Hampshire public school enrollment has been steadily declining for years, a trend that was exacerbated by families fleeing COVID-19 classroom lockdowns. Granite State public schools lost more than 8,000 students last year alone.

Meanwhile, more low and middle-income parents are looking for the ability to choose the best possible education for their children, the way some New Hampshire Democrats have done.

“Restricting access to EFAs based on income could also have unintended consequences,” said Corey A. DeAngelis, national director of research at the American Federation for Children. “This regulation could incentivize families to avoid earning additional income so they could remain eligible. It could also unnecessarily punish certain families for earning additional income to cover an unforeseen expense in a particular year.”

And, DeAngelis asks, isn’t funding education the state’s job, regardless of income?

“All New Hampshire children are guaranteed a taxpayer-funded education, regardless of income,” DeAngelis added.