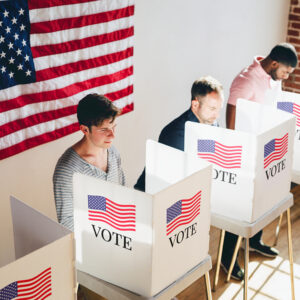 Posted to Politics May 24, 2021 by Andrew Mahaleris

The Senate Election Law Committee on Monday unanimously voted to change New Hampshire’s state primary to August, moving it forward from its current September date. If signed into law, the change would go into effect for the 2024 election.

The change is a shift from what lawmakers in the House were seeking. A proposal that passed the lower chamber early last month would have changed the primary election to June. The House-passed change would have gone into effect for the 2022 midterm elections.

The Granite State currently has one of the latest primary dates in the country. According to the National Conference of State Legislatures, only Delaware is after New Hampshire. Most states hold their primaries between May and June.

Advocates for a change to the fourth Tuesday in June say the current early primary date gives challengers more of a fair shot against incumbents who hold a distinct advantage in fundraising, name ID, and party unity.

Members of the Senate committee agreed with Merrill’s analysis.

Sen. Jeb Bradley (R-Wolfeboro) said he would like to see primary election day move up on the calendar, and prefers the Senate committee-approved August date.

“I filed legislation to move it to August several years ago,” Bradley told NHJournal. “So it’s a compromise and a reasonable one for me.”

Both Gov. Chris Sununu and Secretary of State Bill Gardner oppose changing the date at all. “If it ain’t broke don’t fix it,” Sununu told reporters recently, and Gardner says a change could hurt turnout.

James Demers, a Democrat political consultant, says he sees the merits of both sides of the debate.

“Moving the date is kind of a mixed bag,” Demers told NHJournal. “It seems like turnout might be better after summer vacations and Labor Day, but uniting and raising campaign funds after a primary race probably bodes well for earlier than September.”

And fellow Democrat Kathy Sullivan, former chair of the state party, doesn’t object to moving the date, but she has concerns about the legislative calendar. “I think June is too soon – too close to the legislative session. But I’m not sure what the right date is after that.”

The issue of a primary election looming over legislators as they cast important votes has been raised by several opponents of the move, fearful that the prospect of immediately facing voters might impact legislative action.

Additionally, the Senate committee created a commission to study election laws and a requirement that absentee ballot requests are made public. The former passed unanimously, and the latter passed 3-2.

The primary election move, along with the two other proposals, will now be sent to the full Senate.