Senate President Chuck Morse (R-Salem) has a message for the Biden administration on so-called “vaccine passports:”  Stop them now, or I’ll stop them at the border.

“This past week, it was widely reported that the Biden Administration is considering the creation of COVID-19 ‘vaccine passports’. Many Granite Staters have since reached out to me understandably disturbed by these reports,” the top Republican in the GOP-controlled NH state Senate said Wednesday.

“I want to make it clear that I will not support the creation of any ‘vaccine passport’ in New Hampshire that would limit the ability of New Hampshire residents to travel, work or enter businesses based on vaccination status,” Morse said.

As NHJournal first reported in December, the concept of a document or tech product identifying an individual’s COVID-19 vaccination status has been around since the pandemic began.  Some people have been using their federally-issued vaccination cards as an unofficial passport, so much so that a market for fake COVID vaccine cards has emerged. 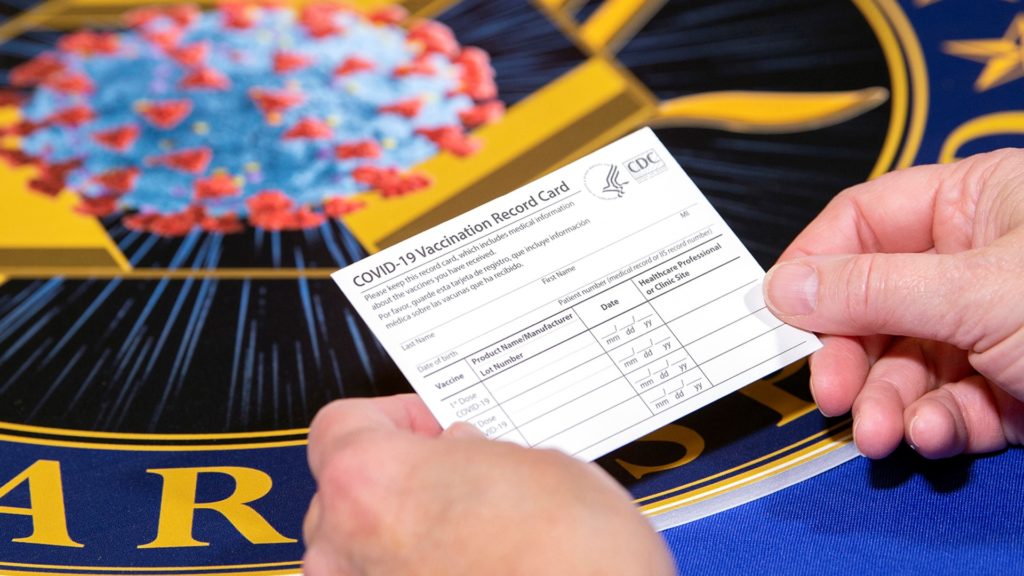 Vaccine passports are in the news since word leaked over the weekend the Biden administration was working on creating a federally-approved way for people to prove they’ve been vaccinated against COVID-19, most likely relying on smartphone technology. New York state has already launched the nation’s first state-run vaccine passport system, the Excelsior Pass, projected to be in use by arts and entertainment venues by April 2.

Morse believes a passport program like this would hurt, not help, the post-COVID recovery.

“This type of restriction can only further harm the already ailing small businesses here in New Hampshire. We have worked tirelessly in the New Hampshire legislature this year to remove the onerous regulations and other barriers to full economic recovery and creating new restrictions that would limit the ability of potential customers to enter a business, or tourists to travel to our state, is not the way to rebound,” Morse said.

According to guidance issued by the NH Department of Justice late last year, current New Hampshire law does not automatically prevent businesses from demanding proof of vaccination from potential employees or customers. However, any business that did so could face questions about potential violations of anti-discrimination laws.

“Yes, employers could require it,” Senior Assistant Attorney General Jill Perlow told NHJournal in December. “If there’s not a disability, or religious aspect or some other potentially discriminatory issue at play, that would be an allowable restriction that an employer could impose.” And businesses could require customers to reveal their vaccination status before entering their store, bar or restaurant as well.

“I’m not aware of any existing statutory barrier to it,” Perlow said.

Morse says he doesn’t want that to happen, and he hopes the rest of New Hampshire’s elected leaders will join him.

“I look forward to working with our federal delegation, the Governor, our health officials and our business and industry leaders to find a better solution that protects the public health while safeguarding our personal liberties,” Morse said.