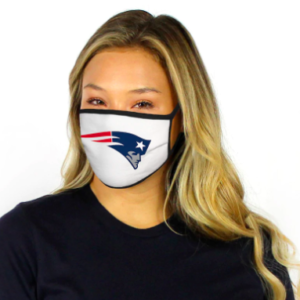 Salem, NH May Impose Its Own Mask Mandate

The Eagle-Tribune reports that Salem, NH is considering imposing its own mandatory-mask rule, and Gov. Chris Sununu tells NHJournal he’s OK with that.

At Monday’s Board of Selectmen meeting, Selectman Jim Keller suggested the board adopt an ordinance to require people in Salem to wear some type of protective face covering while in public. He suggested failure to comply be punishable with a $200 fine.

Chairman Michael Lyons agreed with the need for an ordinance on masks.

“With regard to the southern tier, we have a different set of problems here than the rest of the state has,” Lyons said.

Asking a rhetorical question, Selectman Cathy Stacey said, “We are the ‘Live Free or Die’ state, aren’t we?”

Selectman Bob Bryant replied, “Unfortunately for those of you who like to live really free, that also infringes on my right to live period.”

Based on reports, it appears likely the board could pass a mask order, and under the state of emergency, they have the legal authority to do so. One person who’s skeptical of the idea is Deputy Chief Joel Dolan.

“Dolan voiced his skepticism about the department’s ability to enforce a mask ordinance. He said that the Police Department didn’t want to put people at increased risk of catching the virus while trying to enforce such an ordinance,” the Eagle-Tribune reports.

For his part, Gov. Sununu is OK with towns adding new regulations to address the coronavirus crisis. “If towns want to take additional steps, by all means, that’s their choice to do so,” Sununu said when asked about Salem’s deliberations by NHJournal. “And they have the right to do so in a public health emergency.”

Sununu also pushed back against complaints by some local officials that his guidelines to re-open New Hampshire are too risky and don’t comply with health guidelines.

Polls show mask mandates are popular, at least for the moment. According to a new Suffolk University poll, 90 percent of Massachusetts residents say they are wearing masks.