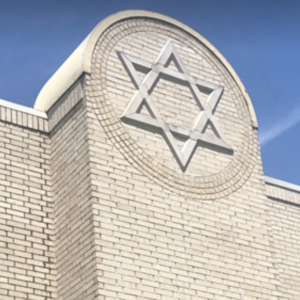 When word broke that a gunman had taken hostages at a synagogue in Colleyville, Texas, most Americans assumed it was another anti-semitic attack against members of the Jewish community. When the news came the gunman was a Muslim, 44-year-old British citizen Malik Faisal Akram, complaining about “the Jews” and demanding the release of an Islamist terrorist, those suspicions appeared to be confirmed.

Which is why it was so confusing to hear a statement from the FBI saying the hostage-taking at a synagogue on behalf of an anti-semitic terrorist had nothing to do with hating Jews.

“We do believe from our engagement with this subject that he was singularly focused on one issue, and it was not specifically related to the Jewish community,” FBI Special Agent in Charge Matt DeSarno had said following the situation’s resolution.

For some in the Jewish community, the reaction was just the latest example of a double-standard in how hate crimes are treated.

Just hours after news of the hostage-taking, American Jewish Committee Managing Director of Public Affairs Avi Mayer predicted, “There will be attempts to make today’s events in Texas about everything under the sun – except antisemitism. Don’t let it happen. The attacker targeted a synagogue and held four Jews, including a rabbi, hostage. This was an act of antisemitism, plain and simple.”

The Jewish Democratic Council of America said, “While the details of the horrific hostage situation are still coming together, it is painfully clear that the perpetrator was motivated by antisemitism, in this case, by a delusional conspiracy theory related to the alleged influence of Jews.

“Such delusion stems from antisemitism, plain and simple,” the group added.

American sensitivity to issues of race and justice is at or near an all-time high. Even disagreements on early voting and voter ID can invoke accusations of “George Wallace” racism from the president of the United States. In this environment, how is it actions and rhetoric targeting Jews don’t receive the same focus as attacks targeting other groups?

Those arguing there is a double-standard point to the example of Reps. Ilhan Omar and Rashida Tlaib, who are members in good standing of the Democratic caucus. Both have made comments called anti-semitic by their fellow Democrats — House Speaker Nancy Pelosi even proposed a resolution condemning Omar’s Jewish slurs, before backing down due to pressure from members of her own party. And yet Ilhan, despite her animosity toward Israel, has retained her seat on the House Foreign Affairs Committee.

In New Hampshire, Democrat state Rep. Maria Perez’s anti-semitic social media posts went largely uncovered by media (other than NHJournal). When an obscure hate group posted racist graffiti in Nashua declaring “Keep New England White,” the phrase “Death to Israel” in the message was all but ignored by both politicians and the press.

Even though just two percent of the U.S. population is Jewish, in 2020 they were the target of 58 percent of all religiously-motivated hate crimes, the FBI reports. New York City, which has the largest Jewish population in the country, is experiencing a spike in anti-semitic assaults. There have been repeated random attacks on the city’s streets, and in May a Jewish man was beaten in the middle of Times Square as pro-Palestinian mobs threw fireworks and shouted profanities in the heart of Manhattan.

In late December, a Jewish man was attacked on the streets of Brooklyn simply for wearing an Israeli Defense Forces sweatshirt.

Antisemitism isn’t being ignored in America. On Sunday, President Joe Biden called the incident an “act of terror” and condemned antisemitism.

But would an attack on a Black church by an advocate of white supremacy be declared “not related to racism?” When an Islamist murdered 49 people at a gay nightclub in Orlando in 2016, explicitly calling himself a warrior for ISIS, the event was portrayed as primarily a hate crime against the LGBT community.

Why, then, would the FBI say Saturday’s assault was something other than antisemitism?

“What more must it take for a crime to be viewed as ‘specifically related to the Jewish community,'” asked Lahav Harkov, Senior Contributing Editor at The Jerusalem Post. “What more needs to happen for antisemitic hate crimes to be viewed as such?”

“This is something narrowly semantic that I recognize from personal experience,” Simon tweeted. “When my father was held hostage in 1977, his captors did so because they targeted D.C.’s B’nai B’rith building with two other sites. Nothing explicitly anti-semitic, but hey, Jews are always in season.”