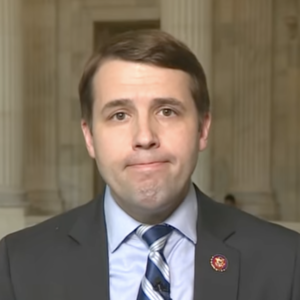 New Hampshire Democrat U.S. Rep. Chris Pappas told a national magazine he would not rule out a run for governor in 2022, the latest sign that the embattled Democrat sees the re-districting writing on the political wall.

When Politico decided to write about endangered Democrats in the 2022 cycle, they chose Pappas as the poster boy of looming electoral doom. And with good reason.

Pappas represents a Republican-leaning district, and midterm elections tend to favor the party out of power. On top of that, New Hampshire’s GOP legislators haven’t been shy about their plans to re-draw Pappas’ district to make it even more GOP-friendly. Not surprisingly, Pappas is weighing his options.

“Pappas, in an interview last week, said he wasn’t ruling out a statewide run,” Politico reported. “I already serve in a Republican district, and they’re already talking about making it even more Republican,” Pappas complained.

While Pappas insists he’s “really committed to continue to serve here another term,” NH political pros say his openness about potentially bailing on his congressional seat is a sign he’s likely on his way out.

“Incumbents running for re-election have one answer to that question, and it’s not talking about other options,” one Democratic insider told NHJournal.

In unusual agreement, the National Republican Congressional Committee also believes Pappas might head for the exit.

“Chris Pappas is the latest House Democrat to discover it might be easier to jump ship than run for reelection defending Democrats’ reckless policies,” NRCC Spokeswoman Samantha Bullock said in a release.

Six months ago, Pappas and his party were in a very different position. Democrats assumed a White House win would mean down-ballot pickups. Instead, Democrats lost 15 seats in Congress and failed to flip a single state legislative body. Instead, they lost both houses of the New Hampshire legislature.

Only needing six seats in the House of Representatives to take back their majority and likely elect Kevin McCarthy speaker, things are starting to look better for the GOP in the upcoming midterms.

“What can I say? Elections have consequences,” Stepanek said. “When you have a Republican [state] House, Senate, Executive Council, and governor’s office, there should be some Republican representation on the federal side of the ledger as well.”

In January, Stepanek “guaranteed” New Hampshire will elect a conservative to Congress next year.

Who that conservative could be remains to be seen. Matt Mowers, who lost to Pappas in 2020, has been holding fundraisers for GOP state legislative candidates, and he recently launched a leadership PAC to bolster conservatives. While he hasn’t made an official announcement, Mowers is widely expected to run.

The only candidate to announce thus far is Republican Julian Acciard of Derry.

In March, the NRCC added Pappas’ name to its “2022 Democrat Exit List” of 27 vulnerable Democrats who are “likely to retire or run for a different office” in the upcoming midterms.

“These 27 Democrats see the writing on the wall and know they will lose the House majority or lose their election,” the NRCC said at the time.