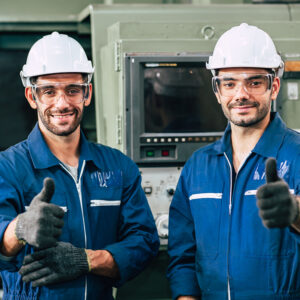 POINT: Right To Work Protects Our Freedoms While Growing Our Economy

Posted to Politics April 05, 2021 by NHJOpinion

Editor’s Note: For another view, see Counterpoint: The House Must Reject ‘Right to Work.’

In the coming vote on Right to Work legislation (Senate Bill 61) before the New Hampshire House, representatives have a clear choice – to chart a path to expanded protections of worker freedom and a major competitive advantage over our regional neighbors or continue penalizing workers for not joining a labor union to keep their job.

The most important aspect of the bill is protecting the rights of workers who choose not to join a labor union. Under current law, workers can be forced to hand over a portion of their paycheck to a union that they chose not to join, even if they strongly disagree with how that union bargains and what that union might stand for.

In many ways, this is similar to another policy debate that got a great deal of attention – the individual mandate under the Affordable Care Act.

Under the individual mandate, those individuals without employer health insurance had two choices: They could either buy insurance through the government or they could pay a penalty for the privilege of forgoing health insurance. Similarly, without Right to Work, employees in many union workplaces are left with two choices: join the union or pay a penalty, called an agency fee, for the privilege of not joining the union and keeping your job.

Thankfully, the Tax Cuts and Jobs Act reduced the penalty for people not to buy health insurance to $0, thereby eliminating the individual mandate. Along the same lines, Right to Work would reduce the penalty for workers in New Hampshire for not joining a union down to $0. Getting rid of this penalty would lift a burden off many workers across the Granite State.

No one should be penalized for choosing not to spend their money in a certain way. That’s the Live Free or Die spirit that symbolizes our New Hampshire tradition.

Moreover, this would offer private-sector workers the same protections that government workers won in 2018 in the Janus v. AFSCME Supreme Court decision, which ruled that forcing those individuals who work in the public sector to pay a union violated their constitutional rights. Truly, every American deserves to have his or her right to free association respected.

While the benefits to worker freedom would be critical, the overall gains to our economy would be just as important.  Numerous studies of the five state that now offer Right to Work protections in the past decade (Indiana, Michigan, Wisconsin, West Virginia, and Kentucky) show that jobs and wages go up, not down and that those states with the most Right to Work history have wage and job growth that exceeds the national average. The National Taxpayers Union Foundation found manufacturing employment has more than doubled in Right to Work states than non-Right to Work states since 2010.

In particular, New Hampshire is positioned to substantially benefit from Right to Work. In addition to being the 28th state nationally to offer these protections, it would be the only state in the northeast to do so. According to the Business and Industry Association, as well as siting consultants, employers prefer Right to Work states to start and expand businesses and this would offer New Hampshire an enormous competitive advantage in attracting good, high-paying jobs to grow our economy.

Protecting worker freedom and expanding the New Hampshire Advantage are two great reasons to make the Granite State a Right to Work state.  We encourage every New Hampshire resident to contact their House members and to encourage them to support Senate Bill 61 and give our workers Right to Work protections. 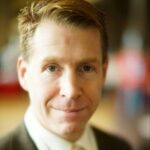 Greg Moore is the New Hampshire State Director of Americans for Prosperity.