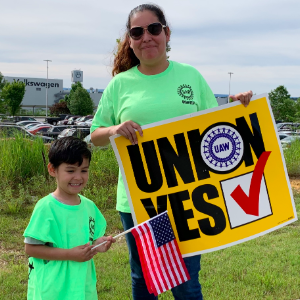 Editor’s Note: For another viewpoint, see Point: Right To Work Protects Our Freedoms While Growing Our Economy

In total, 61 witnesses testified. Out of the 61, only nine testified in support (excluding the prime sponsor and legislators). And out of those nine, all but three were lobbyists for out-of-state special interests. Not a single New Hampshire worker voiced their support for this piece of legislation. Not one.

On the contrary, those who did testify in opposition to SB-61? Fifty-six New Hampshire union members, more than 40 New Hampshire business representatives, including Liberty Utilities, members of the faith community, workers, and their families.

Proponents of the measure claim it protects employees from being forced to join a union. But everyone already knows that federal law prohibits this. No one is required to join a union in the United States—period. During the House hearing, a witness testifying in support of “Right-to-Work,” from the Mackinac Center for Public Policy, admitted this. He said, “You heard one of the previous people testify saying that no one has to join a union. They are absolutely right. No one, right to work state or not, has to be forced to join a union.”

Supporters of “Right-to-Work” paint it as a catch-all solution for bringing businesses to NH, yet they cannot name a single company that is willing to do so.

“Right-to-Work” is about making the rich richer at the expense of workers. And if you don’t take my word for it, just listen to West Virginia Gov. Jim Justice, a pro-business Republican, who said twice now, on record, that enacting “Right-to-Work” in his state was a mistake.

“Really and truly, let’s just be brutally honest,” the governor said during a Feb. 25 town hall. “We passed the Right-to-Work law in West Virginia. And we ran to the windows looking to see all the people that were going to come — and they didn’t come.”

I’ll end with this: This legislation has come forward every session for 40 years and every time it has been defeated in a bipartisan manner because New Hampshire’s employers and workers know that we don’t need out-of-state special interests telling us how to do our business. 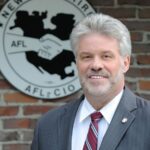 Glenn Brackett is the President of the American Federation of Labor and Congress of Industrial Organizations New Hampshire.