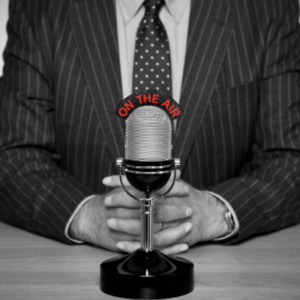 “CRT, or Critical Race Theory, rejects the idea of ‘colorblindness.’ While we might believe we have objective systems in operation, and that we can be colorblind, actually we all have our cultural baggage we carry with us…Critical Race Theory isn’t a noun, it’s a verb. It requires action.”
— Rosalind Fisher, an instructor of Sociology at the University of West Florida, The Best of Our Knowledge podcast.

“This whole concept of cancel culture is… We found that someone did something in 1979 that is now not appropriate. They’re dead to us. It feels very Soviet.”
— Conan O’Brien, the Conan O’Brien Needs a Friend podcast.

“On the question of the conservatorship, I am squarely and unequivocally in the camp of Free Britney. I think this is friggin’ ridiculous what is happening to Britney Spears, and it needs to end.”
— Sen. Ted Cruz (R-TX), the Verdict with Ted Cruz podcast.

“We could be adding even more jobs. You know, there was talk a few months ago that we could be looking at a million jobs a month. Recall – we’re still down about 6.8 million jobs from where we were before the pandemic. So the job market is certainly healing, but it’s a slower process than some of us would like.”
— NPR Chief Economics Correspondent Scott Horsley, NPR Politics Podcast, on the slow pace of the post-pandemic recovery.

“When you have city councils run exclusively by Democrats across this country for generations who are now voting unanimously to defund the police and then to turn around and say no, it’s the Republicans? Find me one Republican. I just want one.  [Jen] Psaki, [Dana] Milbank, the rest of you [expletives], come up with a single Republican anywhere in the country who has suggested that you ‘defund the police.’ Just one.”
— Josh Holmes, Ruthless podcast.

“Great news. I love ‘The Sopranos.’ One of the great shows of all time. Anything that features New Jersey — except for the ‘Jersey Shore’ show — I’ll take.”
–Former Gov. Chris Christie (R-NJ), Limited Liability Podcast, on the new Sopranos prequel.

“I’m pretty sure it’s still there. It’s just a part of being a twin. You have that built-in ‘twintuition.’ You really, really do.”
— Disney Channel star Tia Mowry, the PEOPLE Every Day podcast, on the connection with her “womb mate,” twin sister Tamera.