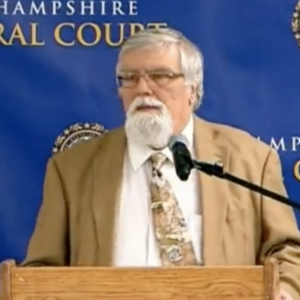 PODCAST: Speaker Packard On ‘The Most Successful House Session in 100 Years’

The New Hampshire Journal podcast starts with a rant on politicians “fighting” instead of “fixing” from NHJournal Managing Editor Michael Graham. Then the real fun begins!

N.H. Speaker of the House Sherm Packard (R-Londonderry) offers a post-session analysis of the wins (and losses) for the Republican caucus. He calls this biennium “the most successful session Republicans have had in the past 100 years,” but he also acknowledges it ended on a sour note with defeats on redistricting and the parental rights legislation.

And what role did Gov. Chris Sununu play in those setbacks? The word of the day: “disappointed.”

The podcast wraps with an in-depth look at legislation Doug Kelly at American Edge calls an assault on U.S. tech leadership and a big win for China — the American Choice and Innovation Online Act.