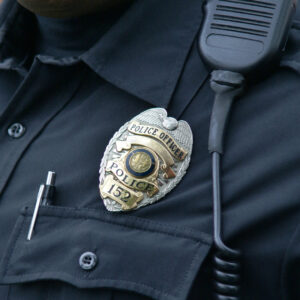 O’DONNELL: Granite Staters Have a Public Safety Choice to Make on Tuesday

2022 will be the year that Democratic soft on crime, anti-law enforcement, and open border policies will come home to roost. Nowhere is that clearer than in the first Congressional District of New Hampshire.

Real Clear Politics has just moved the race between Democratic incumbent Representative Chris Pappas and Republican challenger Karoline Leavitt into the “lean GOP column.” An analysis of past elections shows that for the past twenty years the district has mirrored national trends, foreshadowing several red and blue waves in previous midterm elections and portending bad news for Democrats at the ballot box in November.

Chris D’Anna, a spokesman for the Leavitt campaign summed up the situation best by noting how Congressman Pappas is “desperately trying to avoid talking about his record” including the “record amount of fentanyl coming into New Hampshire.” D’Anna continues that this is a direct result of Congressman Pappas’s soft on crime policies and “his decision to vote with Nancy Pelosi 100 percent of the time instead of Granite Staters.”

As a former law enforcement officer and narcotics detective who has served on the front lines of the war on drugs, I can personally attest to how damaging Democratic policies have been to efforts to curb the scourge of fentanyl that New Hampshire and our country faces.

In 2017, U.S. News and World Report named New Hampshire as the “Ground Zero for Opioids” highlighting Manchester as the heart of the Granite State’s opioid epidemic. This left elected officials and other leaders in the state scrambling for solutions before the situation spiraled further out of control.

Though at the time other New England states such as Vermont and Maine had seen spikes in opioid-related deaths, New Hampshire ranked No. 2 in the nation, behind West Virginia, for the number of opioid-related deaths relative to its population. It ranked No. 1, though, for fentanyl-related deaths per capita which should have raised a red flag for local politicians looking to curb the crisis. Fast forward to July 2022 and not much has changed unfortunately.

First responders and health care providers are once again issuing a warning over increased drug overdose deaths, in New Hampshire’s two most populous cities. Manchester is on track to have a 30% increase in opioid-related deaths compared to last year while Nashua is looking at 70% increase over last year. Even worse, American Medical Response Regional Director Chris Stawasz thinks that “we’re probably going to have higher deaths than we did pre-pandemic.” All of this leaves us to question what national policy prescriptions are needed.

Over the past several years we have seen our southern border become a superhighway for illegal fentanyl. So far in 2022, almost 14,700 pounds of fentanyl has been seized by U.S. Customs and Border protection, a stunning increase of more than 550% since 2019. Facilitated by China and Mexican Cartels, and assisted by a global pandemic, we have seen the drug saturate the national illicit drug market.

This situation has been exacerbated by Democrats in Washington D.C. who have worked to lift restrictions that have helped restrict the flow of illegal migrants entering our country, such as Title 42. Further ambivalence by these same elected officials towards the law enforcement agents tasked with keeping our southern border safe have left them so demoralized that many have been left with low or “no morale,” worsening the situation still more.

Unfortunately, this callus atmosphere from Democratic leaders in Washington now encompasses everything law enforcement. Progressive efforts to “defund the police” embolden criminals and sow mistrust with those tasked with keeping our community safe. So-called Democratic criminal justice reforms and liberal District Attorneys that have created a judicial revolving door meanwhile, threaten to undermine the rule of law our country was built upon and embolden drug dealers who can be apprehended with hundreds of thousands of dollars of fentanyl and released without bail hours later.

These policies have now combined to create a perfect storm for the Granite State.

Public safety has become a national referendum in November whether or not it is expressly on the ballot. Illegal fentanyl is a national mass murderer that’s knocking on every door in America. It needs to be recognized and combated with a change of national policy at the same speed and effectiveness that this drug targets its victims. Granite Staters and Americans writ large should keep this in mind when deciding who to support on Election Day.

Rob O’Donnell is a retired Detective with the New York Police Department and was a member of the Narcotics Division of the Organized Crime Control Bureau. He currently sits as Director of Business and Media Relations with Brothers Before Others. He wrote this for NHJournal.com.