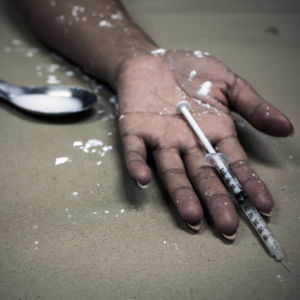 Nashua and Manchester continue chasing a grim record as opioid-related overdose deaths continue to rise in the two cities.

According to data released Thursday by ambulance company American Medical Response, there were 77 suspected opioid overdoses in Nashua and Manchester during September 2022 bringing the combined total for this year to 701.

And they warn there is no end in sight.

Stawasz said opioids like Fentanyl are not the only thing first responders are worried about. The growing prevalence of methamphetamines on New Hampshire streets is concerning, he said.

“Methamphetamine, which is not currently tracked and is not included in this report, continues to be seen mixed with opioids. Meth is a particularly dangerous drug for both users and first responders as it can cause extreme excited delirium and alarmingly unpredictable behavior in users,” Stawasz said.

Meth use has been linked to violent incidents in recent years, with several fatal police shootings involving people who were heavy meth users coming into conflict with police.

Both methamphetamine and fentanyl are coming over the Mexican border and making their way into New Hampshire, according to law enforcement. Mexican drug cartels are getting the necessary chemicals to make the deadly drugs from Chinese triads. The partnership extends to billions of dollars being laundered by the triads for the cartels, with the knowledge of China’s government.

Democratic Sen. Maggie Hassan received testimony on the need to secure the border from national law enforcement officials during a hearing earlier this year. Jon DeLena, Deputy Special Agent in Charge of the New England Field Division for the DEA, testified regarding the danger posed by the cartels.

“The model of the drug cartels right now is simple. Relentless expansion and addiction. They simply don’t care if Americans die. They only want to reach more Americans in unprecedented ways. This is a moment in time, our moment where we have to do everything we can to reverse this deadly trend,” DeLena said.

EDITOR’S NOTE: This article has been updated to more accurately reflect the testimony offered by Mr. DeLena.