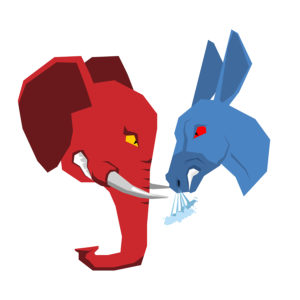 Posted to Politics March 28, 2021 by NHJOpinion

After a 10-year hiatus, redistricting has returned to New Hampshire. Already the partisan charges and defenses have begun.

The party that doesn’t have a majority has begun trotting out familiar arguments condemning partisan gerrymandering; the party with the majority defends against those claims by pointing out that the census figures used for redistricting won’t even be available until September and, in any event, they would never do such a thing.

Well, whatever will be the eventual results of the partisan sniping and whatever motivations exist, we can be assured of one thing. When it comes to redistricting the New Hampshire House of Representatives, the results won’t be partisan. Complying with federal and state constitutional rules when redistricting the 400-member New Hampshire House just doesn’t allow for it.

Of course, you will say, the U.S. Supreme Court has only recently ruled that the Constitution does not prohibit redistricting partisanship. And indeed, that is so. On June 27, 2019, in a case involving allegations of partisan gerrymandering in Maryland and North Carolina, the court took 72 pages to get across one message: It just isn’t going to get involved in those cases. Or, as the court said, “Partisan gerrymandering claims present political questions beyond the reach of the federal courts.”

Substantial constitutional mandates governing state legislature redistricting can only be applied to the New Hampshire House with great difficulty. For example, “one person, one vote” Supreme Court cases require electoral districts to be roughly of equal population. No greater than a population deviation of 10 percent is permitted. This “standard deviation” mandates that each district has a population that is no more than five percent greater or lesser than the average of all districts.

The reason for this county-based restriction is that state representatives are also members of each county’s legislative body, the county delegation.  If you cross county lines with a state representative district, then either one or two things would happen and both are unconstitutional.

The alternative would be that a representative must choose membership in one county delegation over another, perhaps the county where he or she resides.  Unfortunately, that would mean the people in the portion of the district located in the other county gets no representation in their county delegation.

Each of these two possibilities would be a violation of the one person, one vote constitutional rule.

Now, these restrictions of contiguous, county-based districts within a standard deviation all come from federal constitutional mandates.  But the variables for a constitutional NH House redistricting algorithm don’t end there.

Starting with the 2011 redistricting, there was added a new state constitutional restriction. A 2006 amendment to the state constitution effectively requires the legislature to divide up the state into the smallest state representative districts possible. It requires every town and every city ward with a sufficient population to get at least one representative seat and otherwise the number of state representative seats as the standard deviation would warrant. If there is enough for one, that town or ward should get one. If there is enough for two, then two seats. And so on.

Now you can begin to see the problem that precludes partisanship. First, a redistricting legislature has to decide priorities between federal and state requirements. This hierarchy of compliance means the legislature first must apply federal constitutional requirements and make sure districts have roughly equal populations, are contiguous, and don’t cross county lines.

Then the legislature has to apply state law and come up with a plan with the smallest, county-based districts possible while trying to give each town and city ward the representation it is due. The final redistricting plan must do this to the fullest extent it can while not violating federal law.

Having been House Speaker the last time the legislature went through redistricting (and the first time it had to comply with the 2006 constitutional amendment), I was very much involved in the process.  I can confirm from personal experience what must be intuitive for all. It is almost – but not quite – impossible to comply with all those requirements, which tend to contradict each other in application.

At best, it is a herculean task, if not, as it felt at the time, a virtually impossible goal to agree on the application of these constitutional requirements, establish priorities, come up with a constitutionally compliant plan, and do all that while at the same time preparing a plan that each town and city thinks is fair.  Adding partisan requirements to that mix would break the process.

NH House redistricting barely works as it is. Trying to gain a partisan advantage at the same time would just break it. 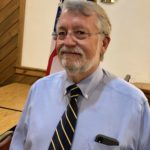 Bill O’Brien is a Republican former Speaker of the NH House.