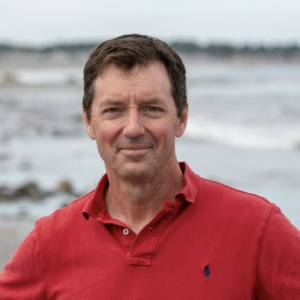 NHGOP Giddy Over Shot at ‘Tax and Spend’ Sherman

It’s hard to tell who is more excited about Democrat Sen. Tom Sherman’s announcement he’s running for governor: Sherman, or the entire NHGOP?

I’m running for Governor because right now families are struggling with rising costs and making ends meet, while Chris Sununu has focused on signing the most extreme abortion ban in state history and legislation to censor our teachers,” Sherman said in a statement.

“The live free or die state has always valued individual responsibility and a dedication to our community, but over the last two years we’ve gotten off track. As Governor, I’ll focus on the real issues facing Granite Staters – rising property taxes, the availability of affordable child care and housing, protecting public education, and the high cost of energy.”

Within minutes of his announcement, New Hampshire Republicans were circulating a video clip of Sherman leading a group through a call-and-response: “The last thing New Hampshire needs right now is a…” to which the crowd replies: “Tax cut!”

“In case anyone needs a refresher on where @NHDems and @TomShermanNH stand on taxes,” tweeted GOP state party executive director Elliott Gault.

The Republican National Committee sent out not one, but two press releases attacking Sherman his first day on the campaign trail. One noted that “eight of the 10 states with the lowest unemployment rates are led by Republicans, and eight of the 10 states with the highest unemployment rates are led by Democrats.” It linked Sherman to “Joe Biden’s Washington,” a challenge every Democrat will face this fall.

The other, a statement from RNC’s spokesperson Andrew Mahaleris, was more direct:

“Tom Sherman is an out-of-touch, income-tax-supporting extremist. Chris Sununu will wipe the floor with him this November.”

Sherman’s website says he “has never supported or voted for an income tax or sales tax and would veto one if it reached his desk.”

“The Democrats’ mandatory paid leave plan is an income tax, and the citizens of New Hampshire have never and will never support that approach,” Sununu said at the time.

(According to this NHJournal fact check, they’re both wrong. It was funded by a payroll tax.)

Sherman also voted against eliminating the interest and dividends tax, as well as tax cuts on New Hampshire businesses.

On the other hot topic of the day, skyrocketing energy costs, Sherman takes a traditional progressive Democrat’s stance.  Under “Energy and Environment” on his campaign website, Sherman acknowledges that “rising energy costs asr hurting many New Hampshire families.” His solution, however, is not the increased oil and gas production Sen. Maggie Hassan and Rep. Chris Pappas are promoting. Instead, he says, “New Hampshire must expand our investments in renewable energy sources.”

“The climate crisis is here. We must take aggressive action at the local, state, and federal level to protect against rising sea levels on the coast and the damaging impacts to our winter tourism activities,” Sherman adds.

Wind and solar provide less than 5 percent of New Hampshire’s electricity. More than half of the state’s homes use fuel oil or propane for heat.

In Granite State political circles, however, the real news wasn’t Sherman’s candidacy — few politicos believe a Rye progressive running in the Biden-burdened midterm is a serious threat to Sununu — but the announcement itself. Multiple sources from both parties tell NHJournal Sherman wouldn’t have announced if he weren’t confident Stonyfield Yogurt co-founder Gary Hirshberg is sitting out of the race.

Rumors have circulated for weeks that the yogurt magnate might jump into the race. However, Hirshberg’s often been named as a potential candidate going back to at least 2011 but has never run for office.