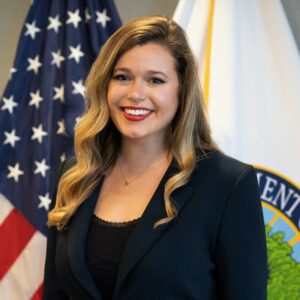 On Wednesday, New Hampshire’s Executive Council voted 4-1 to confirm McKenzie Snow as director of the Division of Learner Support in the state’s Department of Education. Democratic Executive Councilor Cinde Warmington was the lone ‘no’ vote, a common occurrence on the council.

Snow most recently worked at the White House as a Special Assistant to the President, serving as a senior advisor for the Office of Management and Budget. She also spent two years in the U.S. Department of Education as Policy Advisor to the Secretary and K-12 Policy Director. As head of the Division of Learner Support, Snow will now oversee career and technical education, student wellness, student support, technical assistance to schools, student assessments and adult education.

“We are excited to welcome our new Division Director of Learner Support McKenzie Snow to New Hampshire and to the Department of Education. She comes with years of experience in educational policy and recently served as the Special Assistant and Policy Advisor at the U.S. Department of Education.” Edelblut told NHJournal. “McKenzie’s extensive background will help provide a broad range of supports, helping to give every New Hampshire student the best possible chance of finding a path to a bright future.”

Snow is joining Edelblut as a proponent of school choice and a champion of Educational Savings Accounts, allowing students more freedom in their educational choices.

Warmington defended her vote against Snow–one of several the Democrat has cast against women and minority nominees she conceded were qualified–in a video she posted on Twitter. “[Snow] is a supporter of programs like voucher programs and charter schools that divert students away from public schools into private institutions,” Warmington said.

Executive Councilor Dave Wheeler supported Snow and told NHJournal she is “exactly what New Hampshire needs. She’s flexible, open minded, and extremely qualified. The Granite State is blessed to have her talented skill at the Department of Education.”

“McKenzie has been a leader in education for a number of years, working to expand educational options for students and families across the country. The past year has shown how our current, inflexible education system has left too many students behind,” Scott said “We need leaders who will work to focus our state’s education on prioritizing students and a personalized learning experience, and McKenzie is just the person to help accomplish this. Americans for Prosperity looks forward to working with her, families, and educators to ensure we give our students the ability to pursue an education that best fits their needs.”

A GOP Senate majority passed a similar bill in 2017 and is expected to do so again. However, its future in the House, where a similar bill was unable to make it out of committee last month, is far from certain.