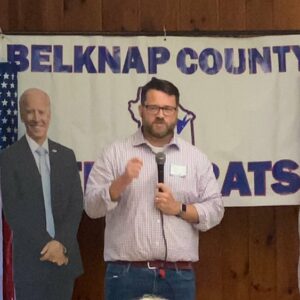 The New Hampshire Department of Justice has slapped the state Democratic Party with a cease and desist order over mailers soliciting absentee ballot requests be sent to a non-existent government agency.

The mailers also contained false claims about voter histories, according to the order issued by Attorney General John Formella. 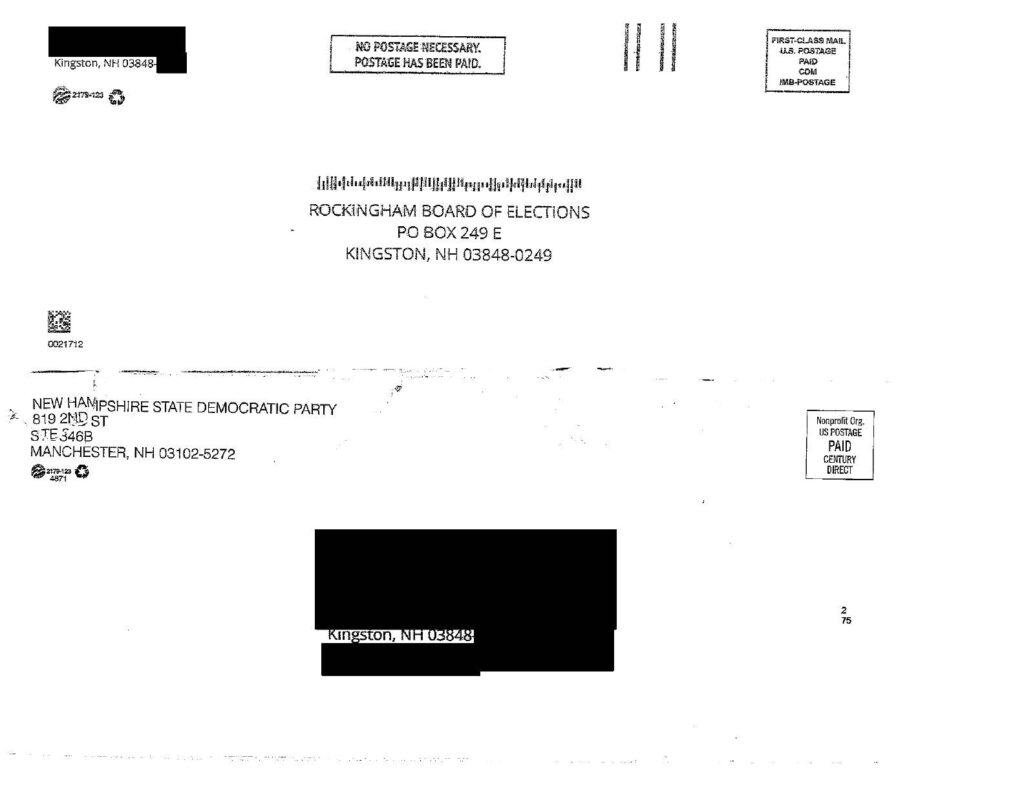 The mailers were designed to get voters — presumably likely Democratic voters — to request absentee ballots for the upcoming general election. But according to the attorney General’s order, the mailers had multiple problems, including:

And, Formella said, his office has been contacted directly by concerned voters.

“Some of the concerns raised by these voters are that the mailer states, ‘You have a history of requesting absentee ballots’ when the voter has not voted by absentee ballot in the past, the voter’s domicile address is listed as a town or city in which they do not live.”

New Hampshire GOP Executive Director Elliot Gault noted the misleading mailers were sent into a GOP stronghold. “It is deeply troubling that the New Hampshire Democrat Party would spread election confusion in Rockingham County – a county where Republican voter registrations outnumber Democrat registrations,” Gault said in a statement. “By seemingly creating a fictitious Rockingham Board of Elections this has the potential to spread misinformation regarding the upcoming 2022 election and I commend the attorney general for issuing this cease and desist letter.”

The Attorney General’s Office has ordered the Democratic state party to “notify each recipient of this mailer of the necessary remediation steps that they must take…and assist each recipient with explaining how they can obtain an absentee ballot prior to the General Election.” The NHDP has until the close of business Tuesday to present the Attorney General’s Office with a written plan to fix the mess.

The NHDP’s executive director Troy Price insisted it was all just a mistake and the party is not responsible.

“This was a regrettable clerical error made by a mail vendor with the intention of ensuring every Granite Stater was able to cast their ballot in this year’s general election,” Price said in a statement. “The NHDP has been transparent about the issues with this mailing and has been working with the attorney general to remedy the situation.”

Asked where the vendor got the phrase “Rockingham Board of Elections,” the NHDP declined to respond.

This isn’t the first problematic election foul-up of Price’s short political career. He served as chair of the Iowa Democratic Party during the failed 2020 presidential caucus. The process was so badly bungled, the Associated Press refused to declare a winner. Price resigned soon thereafter, only to be hired to run the New Hampshire Democratic Party last year.

“Maybe if they had an executive director who had ever run an election in New Hampshire before, they might have caught these problems,” quipped state Rep. Ross Berry (R-Manchester).

Meanwhile, the AG’s office continues to “review the matter” of four illegal mailers sent by a Democratic mail shop into the Second Congressional District Republican primary. The mailers, which didn’t include any disclosure information about who paid for them or was responsible for their content, were sent to promote the candidacy of aggressively pro-Trump Republican Bob Burns. He narrowly defeated a more mainstream candidate, Keene Mayor George Hansel, by just 1,700 votes.