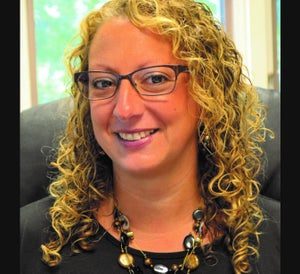 Just weeks after declaring its opposition to vaccine mandates for its members, the head of the New Hampshire’s chapter of the NEA has reversed course and is calling for requiring teachers to take the shots.

“NEA New Hampshire has always advocated for vaccinations to be available, but it really is being left up to the educator or the parents of the child to decide whether they want to get the vaccination or not,” chapter president Megan Tuttle said last month.

But on Friday, Tuttle announced her union had flip-flopped its stance and now backs mandatory jabs for teachers to start the school year. The reversal comes as the national leadership for the NEA also came out with a statement in favor of vaccines.

“As a board, we agree with NEA’s rationale and conclusions, and voted to adopt them as our own,” Tuttle said.

NEA President Becky Pringle’s latest statement, which prompted the New Hampshire union to change course, says teachers need to be vaccinated as the delta variant surges throughout parts of the country. Pringle wants schools to allow for accommodations for teachers to get the vaccines, which occasionally has side effects, and she wants teachers to have a say in how vaccine requirements are rolled out.

“We believe that such vaccine requirements and accommodations are an appropriate, responsible, and necessary step to ensure the safety of our school communities and to protect our students,” Pringle said.

The about-face comes after both Pringle and Tuttle, as recently as a few weeks ago, were opposing vaccine mandates for teachers.

Tuttle, who collects more than $200,000 a year to head the NEA-NH, said the union was always in favor of vaccines, but she said teachers ought to have the choice whether or not to get vaccinated.

“NEA New Hampshire has always advocated for vaccinations to be available, but it really is being left up to the educator or the parents of the child to decide whether they want to get the vaccination or not,” Tuttle told WMUR.

This isn’t the first change in vaccines policy for the 17,000-member union. In January, Tuttle was demanding that teachers be put at the head of the line for vaccines, even as members of high-risk groups such as the elderly were waiting for their shots.

The teachers unions may be responding to pressure from parents, who have told pollsters in multiple surveys they want schools reopened for normal, classroom teaching this fall.  Tuttle struggled to explain why young, healthy teachers should have been prioritized for vaccines over the elderly and infirm last fall. Making the case for unvaccinated teachers while demanding mask wearing for children would likely have been even more difficult.

According to a new Morning Consult poll, 60 percent of U.S. parents of school-age children support vaccine mandates for teachers. And the union estimates 90 percent of its members are vaccinated, though that’s based on surveys.

Despite the union’s multiple positions, vaccine mandates in the Granite State are unlikely. Gov. Chris Sununu has said New Hampshire is not returning to a state of emergency, where the government would be able to issue such a mandate. And the new “medical freedom” law passed by the GOP-controlled legislature and signed by Sununu prevents government agencies like schools from making vaccines a requirement for employment.

The vaccines are being administered under FDA rules for emergency use, and they do not yet have full federal approval. It is expected the vaccines will be granted full FDA approval in the coming weeks, clearing the way for private employers and federal agencies to require vaccination for employment.