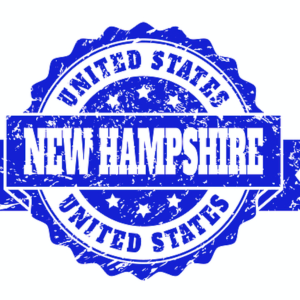 For the second year in a row, an analysis of taxes, spending, and government efficiency finds New Hampshire taxpayers are getting the best tax-dollar “return on investment (ROI)” in the nation.

WalletHub employed an expert panel to analyze 30 metrics of the quality and efficiency of state-government services across five categories — education, health, safety, economy, and infrastructure/pollution — and taking into account the drastically different rates at which citizens are taxed in each state. Their conclusion? New Hampshire is #1.

“New Hampshire has the best taxpayer ROI because its residents pay the second-lowest taxes in the country, roughly $2,700, while benefiting from high-quality government services,” data analyst Jill Gonzalez told NHJournal. “More to the point, the state’s school system is one of the best nationwide, which contributes to a low percentage of idle youth, just 8 percent.

“In terms of healthcare, the state has the second-lowest average health insurance premium — $325, and the second-lowest infant mortality rate. New Hampshire is also a very safe state, with low crime rates. Other areas where the state is well positioned include the share of residents living in poverty, 7.6% — lowest in the country, and the quality of its air,” Gonzalez said.

New Hampshire has also recently been named the most economically free state in North America for the second year in a row by the Fraser Institute — the third time in four years the state has topped the list.

It’s part of an ongoing trend of New Hampshire outperforming its New England neighbors in economic achievement and growth. New Hampshire had the fastest population growth in the region last year, for example, even as four New England states lost population. And a new report from the Pioneer Institute found that between 1993 and 2018 Massachusetts experienced a net outflow of $5.4 billion in adjusted gross income to New Hampshire.

And of particular note during the COVID pandemic, the Granite State was named the best state to work from home.

“This ranking is no surprise,” Chadwick said. “It’s the result of our New Hampshire ethos of low taxes, frugal state government and personal freedom. As our late Gov. Mel Thomson said, ‘Low taxes are the result of low spending.’ People will migrate to an environment, like New Hampshire, that enables them to keep more of the hard-earned fruits of their efforts. The consequence to our State is more in-migration, more jobs and a growing economy.

“The key for voters is to keep electing people who will protect the New Hampshire Advantage, and keep us number one.”

Among the conclusions from the Wallethub analysis, New Hampshire ranks:

“When government stays focused on providing a limited array of necessary services efficiently and effectively, that produces a high return on investment for taxpayers. New Hampshire does this better than most, if not all, other states, despite constant pressure to copy bigger-spending states that do a worse job,” says Andrew Cline, Executive Director of the free-market Josiah Bartlett Center for Public Policy, who adds a note of caution.

“Two things to note: One, as in some other studies, Florida is a serious competitor and should be watched closely. And two, the existence of school choice programs was a factor in this ranking, and a lot of other states, including Florida, are way ahead of New Hampshire there.”