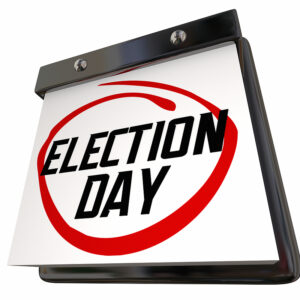 Its presidential primary may be the #FirstInTheNation, but New Hampshire’s state primary elections are next to last.  And Granite State Republicans, who say the strangely late date is a form of incumbent protection, are pushing legislation to put the state in the middle of the primary pack.

New Hampshire’s September primary has been a tradition for more than a century. In 2020, Republican Corky Messner won the U.S. Senate primary on September 8, the same date as Rhode Island’s. Only Delaware’s September 15 primary is later.

In other states, a challenger like Messner would have had months to rebuild intra-party relationships and refill campaign coffers. But thanks to New Hampshire’s calendar, he had just 56 days.

The same was true for Democratic gubernatorial candidate Dan Feltes. And while it’s true neither challenger was likely to win the general election, political pros agree: “Late primaries are an incumbent’s friend.”

That’s the take from veteran GOP operative Jim Merrill. “Primaries in September definitely skew the playing field toward the incumbent.”

The vast majority of states hold their state primary elections between May and early August, and now NH House Republicans want to join them.

House Bill 98, which received an “ought to pass” recommendation from the House Election Law Committee, would move New Hampshire’s primary from September to the fourth week in June.

Michael Biundo, a New Hampshire-based GOP consultant and former state representative, supports the legislation. “I think it’s a great move. It’s something that I’ve been calling for, for years.” Biundo told NHJournal.

“I think this is one of these things where everybody benefits from it. I don’t think it’s just Republicans.” Biundo said. “I think it’s going to give [voters] an opportunity to enjoy their summer and be able to not have to come back from summer break and then all of a sudden be voting in a week or two.”

Democrats on the House Election Law Committee, however, were united in opposition, led by Deputy Minority Leader David Cote, who delayed the vote’s passage by asking the committee to retain the bill. Cote told NHJournal he “doesn’t necessarily” agree that late primaries are good for incumbents, but he also didn’t close the door on moving the date.

“I am not necessarily opposed to the idea of moving the primary,” Cote said. “We believe that all the bills moving it should be studied after testimony from stakeholders — the secretary of state, the political parties, etc — and especially the public, with a view toward trying to arrive at a consensus date.”

Secretary of State Bill Gardner has already weighed in, telling WMUR moving the date would hurt turnout. But a UNH poll from late last month showed 86 percent of Granite Staters believe changing the primary election day would make no difference to them.

“Challengers have trouble trying to get support from anybody outside of the New Hampshire and have any of the committees take a look because it’s such a toss-up seat and such a late primary. They’ve already made their financial decisions based on what the map looks like at the time where they’re getting through the May, June, July period. So I think this is going to greatly help challengers and it’s certainly going to even the playing field.”

The legislation now moves toward a GOP-controlled house, where it is likely to pass.