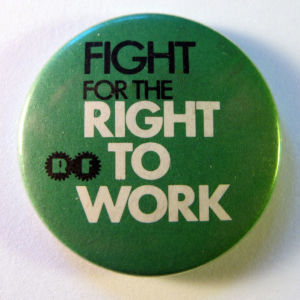 The House is expected to vote on the bill before April 8, the House bill crossover deadline.

Right-to-work laws, which would allow workers the freedom to choose whether or not to join a union in the workplace –or at least to pay union fees — have been debated in New Hampshire for decades. The closest a bill has gotten to passage was in 2011 when Gov. John Lynch’s veto came within 12 votes of being overridden in the GOP-controlled House.

Senate Bill 61 just passed the state Senate 13-11 but it faces an uncertain future in the House. It has been scheduled for a hearing by the House Labor Industrial and Rehabilitative Services Committee on March 25 – more than a week ahead of a deadline to vote on House-related bills. The move signals an accelerated schedule by the slim Republican majority – but supporters believe they have the votes.

On Thursday, the New Hampshire AFL-CIO released a letter signed by leadership from 19 in-state contractors and 13 out-of-state contractors who work in New Hampshire opposing the bill.  “Our company’s strong relationship with our union enables us to bring quality expertise to every project through access to a highly- skilled and well-trained workforce, in exchange, maintaining our reputation as a well-run, efficient company…Hard-working families do not need a law that will hurt their pockets and ability to earn a livelihood. Most importantly, state government interference in our business is unnecessary. We ask you to respect our freedom to fairly negotiate contracts with our union partners and our employees.”

In previous years, Republicans couldn’t hold their caucus together, while Democrats were unified in opposition. Several statehouse insiders tell NHJoural they expect a similar fate for right-to-work this year.

The point could be moot, however, if the PRO Act passed by the U.S. House of Representatives earlier in the week becomes law. The PRO Act would effectively override right-to-work laws in 27 states, taking away the right to legislate away from voters and their representatives at the state level.

According to Gallup, between 70 percent and 80 percent of Americans support right-to-work laws.