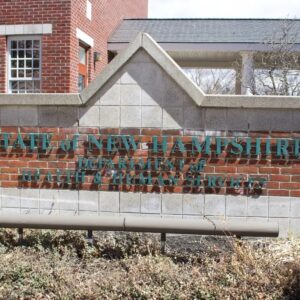 Granite Staters scanning their social media on Sunday spotted an unusual tweet from the New Hampshire Department of Public Health. Instead of an update on COVID, or cold and flu season, it was a message about climate change.

“As our climate changes, #naturaldisasters are becoming more frequent and severe,” the state’s health department declared. “Preparing for storms and forced evacuations can lead to #anxiety and #PTSD — even among people without a history of #mentalillness. #ClimateChanges Health.”

That statement from the department — part of the Sununu administration’s Department of Health and Human Services — immediately raised eyebrows. One reason: It’s factually incorrect. 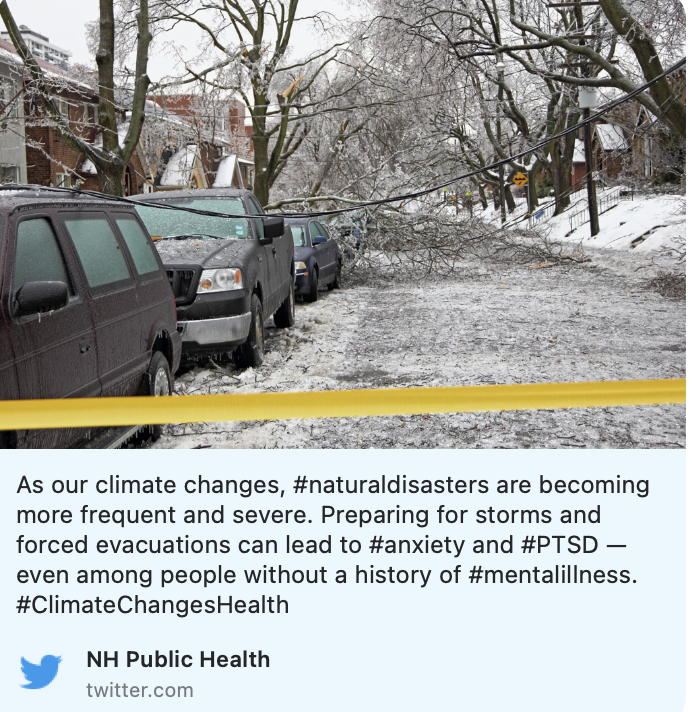 When NHJournal asked about the unusual message on Tuesday, a DHHS spokesperson defended it. But by Wednesday afternoon, the tweet had disappeared.

While there are many ongoing debates regarding global warming and the best public policy to address it, the data have consistently shown claims of an increase in the number or strength of natural disasters are dubious at best.

“The data overwhelmingly show that over the past century, people have become much, much safer from weather events such as heatwaves, floods, wildfires, or storms. From the 1920s to 2022, we have seen a spectacular 99.4 percent reduction in climate-related deaths,” international climate expert Bjorn Lomborg of the Copenhagen Consensus Center told NHJournal.

In fact, just days before the state health department’s message, the National Oceanographic and Atmospheric Administration (NOAA) reported the 2022 hurricane season had an average number of storms (they had predicted an above-average year), and 2021 was the least active since 2015.

And a study in Nature Climate Center published last year found, as CNN reported, “the frequency of the planet’s most devastating storms has decreased over the past century.”

The same with wildfires, which are burning far fewer acres in a typical year than in the past. In 2022 about 7.5 million acres burned in wildfires, well within the average. In a 2016 study, also published by Nature, the analysts expected “global burned area will continue to decline” for the next few decades at least.

“Contrary to common perception, we ﬁnd that human exposure to wildﬁres increases in the future mainly owing to projected population growth in areas with frequent wildﬁres, rather than by a general increase in the burned area,” the study found.

Asked why the Department of Public Health would send a message on an issue that is part of the current political debate — and one with unfounded factual claims — DHHS spokesman Jake Leon defended the tweet and its content.

“There are many data points that indicate natural disasters are becoming more common and severe. See for example, the attached chart in the NOAA 2021 Billion-dollar disaster report (source: https://www.climate.gov/news-features/blogs/beyond-data/2021-us-billion-dollar-weather-and-climate-disasters-historical),” Leon said in an email.

“The tweet is intended to encourage residents to be prepared for severe weather in order to protect their health, which fits within the department’s mission. While we can research additional facts and figures from additional sources, we do not think the tweet wades into the territory you allege. There is no reference made to global warming in the tweet. It reflects data demonstrating that such weather activity is on the rise, and encourages people to plan accordingly to protect their health.”

Though asked by NHJournal, Leon declined to identify who in the department was responsible for the post.

Some New Hampshire legislators were less than impressed.

“It’s hard to miss the partisan nature of the HHS Twitter post. Makes me glad to know the governor banned Tiktok from state computers and phones,” said Rep. Michael Vose (R-Epping), chair of the House Science, Technology and Energy committee.

“New Hampshire has been encouraged by the public health community in recent years to ‘Follow the Science’. In the aftermath of the social damage done to the economy, mental health and education, there is reason to doubt the degree of dedication to science by national public health officials. As a result, officials need to be very careful to avoid claims that come across as ideological.”

And by Wednesday afternoon the tweet had been deleted. Leon did not respond to questions about why the tweet, which was “within the Department’s mission” the day before, had been removed, or who gave the order.

The data linked in the tweet is a study from Climate.gov showing that the number of “billion-dollar storms” has increased steadily for decades in the U.S. But as Lomborg and other experts have noted, “this is mainly because wealthier populations build more expensive houses along coastlines. Damage costs are actually declining as a percentage of GDP.”

Lomborg has written about how the overwrought rhetoric from climate activists has led many people to assume every apocalyptic claim is true without taking time to check the facts.

“Irresponsible exaggerations that portray climate change as an ‘existential threat’ are destroying our ability to make sensible decisions for the future. Global warming is real and human-caused, and it is a problem we should tackle smartly. But rabid hyperbole scares us witless and in our panic we make expensive but poor policy choices, leaving our societies much worse off.”