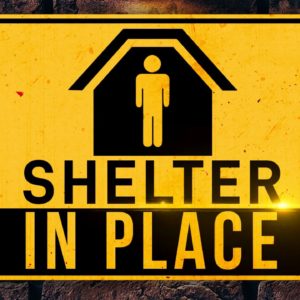 On Wednesday, 200 Democratic members of the New Hampshire House of Representatives sent a letter to Gov. Chris Sununu “imploring” him to impose a stay-at-home order on the Granite State and force all non-essential businesses to close.

“We, the undersigned Democrats in the New Hampshire House, implore you to immediately issue a ‘stay-at-home’ order to slow the spread of COVID-19 in New Hampshire,” Democrats wrote. “Closing nonessential businesses and ordering people to stay at home are bold steps critical to that effort. Please join the states across America, including our neighbors Massachusetts and Vermont, that have taken these critical steps to slow the spread of COVID-19.”

In the week before the coronavirus crisis, the weekly total of jobless filings: 500.

In a press release accompanying their letter, Democratic House Majority Leader Doug Ley said, “This request comes as states across America, including border states Massachusetts and Vermont, move to ‘stay-at-home’ orders under the guidance of public health professionals.”But that’s not true. While Massachusetts Gov. Charlie Baker (R) has ordered all “non-essential businesses” to close, he has explicitly rejected issuing an order for Bay Staters to stay home. “This is an advisory, not a mandate,” Baker said.

“I do not believe I can or should order U.S. citizens to be confined to their homes for days on end. It doesn’t make sense from a public health point of view and it’s not realistic,” Baker said, “especially if people need to get to work at essential businesses or go to places like grocery stores, pharmacies, or hospitals or health care providers.” And the MBTA, the state’s mass transit system, is still operating, though on a limited schedule.

And while Gov. Phil Scott (R) of Vermont has issued an order directing Vermonters “to stay at home or in their place of residence, leaving only for essential reasons,” one of those reasons is work. And like the other 20 states that, as of Wednesday afternoon, have issued some form of restrictions of movement, the work exception is a large one, including farmers, construction workers, UPS store clerks and bank tellers, along with “any other vendors of technical, security, logistics, custodial and equipment repair and maintenance services necessary to support the COVID-19 response, critical infrastructure and national security.”

In other words, an awful lot of workers are ‘essential.’

The fact that so many people in states under an alleged lockdown are still working bolsters Sununu’s argument that, thanks to voluntary actions by many New Hampshire businesses, issuing a mandatory edict is unnecessary and would have a modest net impact. It’s a sentiment echoed by the New Hampshire Retail Association in a statement earlier this week.

“New Hampshire’s retailers by and large are doing the right thing for their customers and their employees,” said David Souter of Baron’s Major Brands and Chair of the New Hampshire Retail Association.

“We applaud and support Governor Sununu’s efforts to stem the spread of COVID-19 virus. If businesses and individuals continue to do the right things there may be no need to impose the closure of ‘non-essential’ businesses, which could have the effect of causing further damage to New Hampshire’s economy, given the considerable changes retailers already have in place,” Souter said.

And while 200 House Democrats is an impressive number, one extremely high-profile Democrat’s name was missing: Speaker of the House Steve Shurtleff. Why didn’t he endorse the call for a stay-in-place mandate?

“During this crisis, I’m not looking at myself as a Democrat as much as the Speaker of the House, so I didn’t think it was appropriate to sign the letter. I’m not going to do anything to make this a partisan issue,” Shurtleff told NHJournal.

Clearly, not everyone in his party feels the same. On Monday, state Democrats launched a coordinated attack on Sununu, with the Democratic mayors of the state’s two largest cities and the two Democrats running for governor targeting the incumbent Republican over the shelter-in-place issue.

“The Governor has advised Granite Staters to stay at home for weeks – especially older adults and those with higher risk factors,” said House GOP leader Dick Hinch. “It’s discouraging to see that New Hampshire Democrats have chosen to play politics rather than spend their time working collaboratively with Governor Sununu and public health officials at DHHS to protect New Hampshire families.

The Democrats’ letter doesn’t include specifics, such as which businesses would be deemed essential or how a stay-at-home order would be enforced. Rep. Ley and the House Majority office had not responded to repeated requests for comment by press time.

And without enforcement, which is the policy of most of the states issuing such orders, the edict would mean little more than the Massachusetts advisory.

“Governor Sununu has demonstrated leadership every step of the way during this crisis, and I am not going to sit around second-guessing him, nor should others,” Hinch said.

See the list of Democrats who signed the letter here.