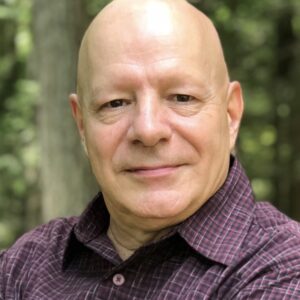 NH Dems Determined to Bring Race-Based Instruction Back to Classrooms

Granite State Democrats and their progressive allies have launched a two-pronged strategy to get race-based instruction like Critical Race Theory back into New Hampshire classrooms. Curriculum like CRT, based on the premise that members of one race are uniquely flawed or inherently racist, violates an anti-discrimination law passed by the GOP-controlled legislature and signed by Gov. Chris Sununu in 2021.

Top Democrats and leaders of the state’s teachers unions spoke out Thursday on behalf of HB61. It would repeal the new law, which opponents incorrectly refer to as the “divisive concepts” bill.

“An amazing result today in federal court. So proud of our clients — [teachers] Tina Philibotte and Andres Mejia — who do this work in schools and made this happen,” tweeted ACLU-NH legal director Gilles Bissonnette. “This case is about them. And it’s about their students.”

Prime sponsor Rep. Peter Petrigno (D-Milford) appeared in support of the bill during a public hearing before the Education Committee in Representatives Hall. He repeated the critique made both in the legislature and in court that the law is too vague and teachers are uncertain about what content they are allowed to teach.

“Teachers wonder if they can refer to the KKK as an inherently racist group.” How is an elementary teacher who is celebrating MKL Day with her student supposed to respond when her first grader asked, ‘Why were some White people so mean to Black people?'”

In fact, the law — which can be read in its entirety here — does not apply any restrictions on descriptions of any organizations, from the Ku Klux Klan to the Nation of Islam. And as for the Martin Luther King Day example, the law explicitly states, “Nothing in this section shall be construed to prohibit discussing, as part of a larger course of academic instruction, the historical existence of ideas and subjects identified in this section.”

Teaching “many White people treated Black people badly during the Jim Crow era because they believed in racist ideas” is clearly legal. Teaching “all White people, even the ones who marched with Dr. King, are racist” is banned.

Teaching children that all White people participated in racial discrimination because they are inherently racist is a fundamental premise of the so-called “anti-racism” philosophy that has been used in the past in Manchester and Laconia schools.

Opponents of the law continue to insist the restriction must be repealed.

“Purposefully vague laws like this one are aimed directly at stopping educators from teaching the truth,” said NEA-New Hampshire president Megan Tuttle.

Asked what “truth” teachers need to teach but is currently banned, Tuttle declined to answer. Neither did any other opponents of the anti-discrimination law contacted by NHJournal, including the ACLU and the AFT-NH.

Grace Kindeke, New Hampshire program coordinator for the American Friends Service Committee, was more direct. In a statement supporting repeal she explained, “To reduce systemic racism, sexism, and ableism solely to individual and interpersonal guilt is in itself a tactic meant to distort the very real disparities embedded in our laws and institutions.”

In other words, saying people aren’t racist because they, as individuals, have not engaged in racist behavior is wrong and must be corrected. The current law prevents teaching students about their inherent bigotry and should therefore be overturned.

Republicans show little interest in joining Democrats in this effort.

“The current law does nothing to prohibit the teaching of racism and its effects throughout history. What it does prohibit is teaching children that some of them are inherently racist based on their skin color, sex, race, creed, etc.

“Is that not what Dr. Martin Luther King, Jr. called for when he said, ‘I have a dream that my four little children will one day live in a nation where they will not be judged by the color of their skin but by the content of their character’?”