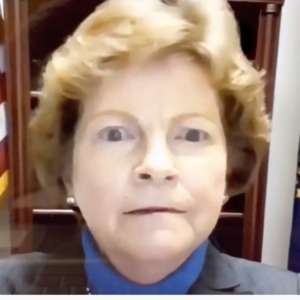 For the second time in as many months, the New Hampshire congressional delegation held a joint press conference to denounce the actions of the state’s Executive Council rather than take questions on the hotly-debated federal legislation at the center of Washington politics.

On Oct. 13, the Executive Council voted to reject money for vaccine distribution efforts. The meeting was a heated showdown between the four GOP members of the council and fellow Republican Gov. Chris Sununu, who supported accepting the funds.

On Monday morning, the four Democrats expressed their frustrations about the Council rejecting $27 million in federal COVID-19 vaccination funding during a virtual press conference hosted by members of New Hampshire’s congressional delegation and attended by local health experts.

“Sadly, what we saw from the Executive Council was a total disregard for the safety of the residents of New Hampshire,” said Sen. Jeanne Shaheen. “If they don’t want to get vaccinated, they should recognize that there are people in this state who still do, and they should provide the funding to make that possible.”

When asked if the delegation will try to work with leaders at the U.S. Centers for Disease Control and Prevention to get a waiver from language in the funding to receive the money, Shaheen had a blunt reply: “We’ve done our job.”

“The federal delegation got the money that the state of New Hampshire said it needed,” she added. “And when the federal government wasn’t forthcoming with what the state said it needed, we went back and we got those additional funds. Now it’s time for the governor and the Republican executive councilors to do their jobs and to protect the health and safety of the people of this state.”

Sen. Maggie Hassan called the decision by the executive council to reject the federal funds “so misguided and so dangerous.”

Hassan said the situation is like May of 1776 – before America was founded – when George Washington required his troops to get vaccinated for smallpox during the Revolutionary War so the disease could not decimate his forces.

According to Research Historian Mary Thompson at the Fred W. Smith National Library for Study of George Washington at Mount Vernon, Washington had battled smallpox as a teenager and knew the implications of the disease spreading as the fledgling country tried to gain independence from the British.

“Washington eventually instituted a system where new recruits would be inoculated with smallpox immediately upon enlistment,” Thompson wrote.

Unlike their previous press event, during which the members held Sununu responsible for the council’s vote to end family planning contracts with Planned Parenthood facilities — contracts Sununu supported — the council focused most of its ire on the Executive Council

“This is what we call forced error on the part of Republicans in New Hampshire,” said Rep. Annie Kuster. “I think they rejected the funds for the sole reason to appease the most extreme elements of their political base.”

Republican Executive Councilor Dave Wheeler says accepting the fund would be a threat to “medical freedom.”

“It’s an attitude coming from the swamp that you do it our way or the highway, and I think that’s absolutely wrong,” he told WMUR. “They [the federal delegation] are totally ignoring people’s medical freedom here, and someone’s got to stand up for the people.”

The state attorney general confirmed before the vote that there were no federal mandates in the rejected contracts. Nor did the contracts require anyone to get vaccinated.

“That is misinformation that is being spread to try and frighten people, and we need to do everything we can to correct it,” Shaheen said.

Still, Shaheen and her fellow Democrats never explained why they were holding a press conference on the actions of a state council at a time when Washington Democrats are in turmoil over the largest spending bill in U.S. history.