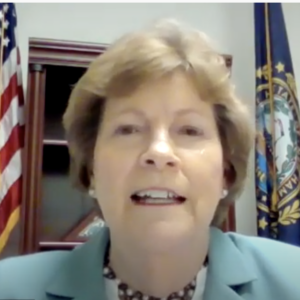 Why Is NH’s Federal Delegation Holding Pressers on Executive Council Votes And Not Their Own?

“The markets are sliding; the French are furious; an unprecedented wave of mostly Haitian immigrants is at the southern border; Dems are feuding over his domestic agenda… and twice today President Biden has walked by and didn’t take any questions,” CBS News reporter Ed O’Keefe reported on Monday.

But in New Hampshire, the state’s federal delegation was happily talking to the press on Monday.

In their first joint press event since the beginning of the COVID-19 crisis, all four of the Granite State’s D.C. representatives logged onto a video conference, not to talk inflation, immigration or Afghanistan, but to denounce the Executive Council’s vote against extending contracts for three family planning services that provide abortions.

“I’m thankful that so many folks have been speaking out against the Executive Council’s wrongheaded decision,” added Rep. Chris Pappas.

Funding for clinics shouldn’t “get caught up in the political antics of the extreme far-right executive councilors,” Rep. Annie Kuster explained.

What none of the members of the delegation explained, however, was why members of Congress were holding a press conference about state contracts controlled by locally-elected Executive Councilors in the first place? Particularly given the number of challenges and crises currently facing Congress, from a controversial $3.5 trillion social spending program to Americans still trapped behind Taliban lines to Monday’s 614 point drop in the Dow Jones.

“What we’ve seen from the governor is an unwillingness to take on this issue, and his suggestion that he doesn’t support the actions of the Executive Council just don’t ring true. Because he has been willing to allow these actions to happen. Despite the fact that he could do a much better job of addressing this.

“So this is not a pro-choice governor. This is not even a pro-woman governor, and it’s disappointing to see that,” Shaheen said.

“I would remind you that Chris Sununu has supported and brought forward these family planning contracts at every opportunity since becoming governor,” Collins said. “Sen. Hassan hiding behind Sen. Shaheen’s rhetoric is the mark of sheer desperation from a campaign consistently losing in the polls to a hypothetical candidate.

“Had she been in the state for the last five years, Senator Hassan would know Granite Staters will not buy these lies.”

And while they didn’t use the word lie, both current and former Executive Councilors said Shaheen’s claim that Sununu “allowed” this vote to happen, suggesting he could have extended the contracts somehow, is untrue.

“There is no way the governor could have kept this from happening,” former District 3 Executive Councilor Russell Prescott told NHJournal

“They could die by 4-1 vote, or they could die because they expired,” District 1 Councilor Joe Kenney said of the contracts. “Those were the only two options.”

When asked to explain how Sununu could have kept the Executive Council from killing the contracts, Shaheen replied he could have “made a very strong statement at the outset, and “he could have held onto those contracts for a while.”

And that’s true. The governor sets the agenda for Executive Council meetings, and he could have refused to bring the contracts up for a vote. If he had, the current contracts would have expired anyway, which is what is happening now.

And while a governor can reverse a “yes” vote by the Council, he has no power to override a “no” vote and keep a contract alive  — a fact former Gov. Shaheen is certainly aware of.

Kenney could not remember the Executive Council ever being the subject of a U.S. Senator’s press conference before, but he suggested a motive for why it’s happening now.

“The Executive Council is a lot easier target than what’s happening at the southern border. They’d rather talk about us than talk about what they’re doing to solve that problem.”

In fact, the real target was clearly Sununu, the only person in the process the four Democrats mentioned by name. And with fellow Democrat Hassan struggling in the polls, they worked hard to turn the contract issue on him.

“It’s pretty weak of the governor to let the decision happen 4-1, and then say, ‘Oh, I disagree with it.'” Kuster said.

“I think part of what we need to convey to our constituents is who’s really fighting for their rights, their constitutional rights, and for their healthcare during a pandemic. And who’s standing on the sidelines, not getting the job done for them.”

Meanwhile, some Granite Staters ask, how is holding press conferences about votes in Concord “getting the job done” in Congress?