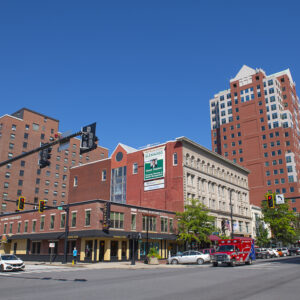 A new study from WalletHub has found Nashua is in the top five and Manchester the top 15 for 2021’s “Best Run Cities in America.”

The study was based on operating efficiency, comparing operating expenditures with city services. “We can learn how well city officials manage and spend public funds by comparing the quality of services residents receive against the city’s total budget,” said Adam McCann, a financial writer with WalletHub.

Manchester Mayor Joyce Craig is pleased with the study’s findings.

“By making sound financial decisions, continuing to provide services and making decisions that put the health and wellbeing of our residents first, Manchester emerged from the pandemic in a strong position,” Craig told NHJournal. “This was validated by an independent audit performed by Melanson. In addition, we’re about to end our fiscal year with a $2.9 million surplus.”

The same study found Nashua and Manchester tied for the fifth-lowest infant mortality rate in the country.

When reached for comment on the WalletHub study, Republican mayoral candidate Victoria Sullivan’s campaign pushed back, arguing the results don’t tell the whole story. Instead, it shared another study, this one from MoneyWise, that ranked Manchester as the worst New Hampshire city to live in.

The Moneywise survey listed a poverty rate of 14.8 percent and a five-year unemployment rate of 5.1 percent — both significantly worse than the Granite State as a whole — as the reasons for its low rank.

Michael Biundo, a consultant in Sullivan’s campaign to replace Craig, told NHJournal that Craig’s leadership has failed the city.

“Picture this: You open your refrigerator, you look at the expiration date on your milk and it says you have a few days left,” said Biundo “When you open the carton, however, you can smell that something is not right. That’s what the residents of Manchester have to endure daily. The smell of something that’s not right.”

“A survey from some no-name website is not going to change the reality we, unfortunately, are living in. The reality is homelessness, crime, wasted taxpayer dollars, and a worry about the education of our children,” said Biundo. “That’s what Manchester residents feel. It’s unfortunate that Mayor Craig and her cronies spend more time spinning the reality than they do fixing the problems.”

Rich Girard, another candidate in the race to replace Craig, also rejected the Wallethub findings.

“While their review of paper stats is interesting, it doesn’t tell the whole story,” Girard said.