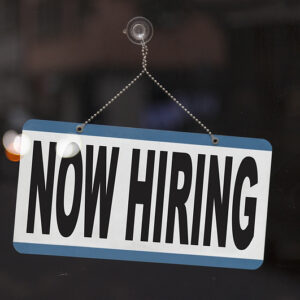 The good news about New Hampshire’s post-COVID economy continues to roll in as the state bounces back quickly during its recovery from the pandemic.

“New Hampshire is the fourth-best state to find a job,” Wallethub data analyst Jill Gonzalez told NHJournal. “It ranks first in terms of job opportunities, has the third-lowest unemployment rate as of March, and is among the top states in terms of employer-based retirement access and participation and employee benefits. The state also has work-share programs and non-discrimination laws and policies.

“Looking at New Hampshire’s economic environment, we found that it has the lowest share of workers living in poverty, just above 3%, and it has one of the lowest income tax burdens for both middle and high income earners,” Gonzalez added.

“Throughout the COVID-19 pandemic, New Hampshire provided our businesses with the flexibility to remain open while still providing for the safety of our communities,” Sununu said. “The benefits of our approach could not be more clear: we were named the safest state throughout the pandemic, and yet our economy is leading the nation and has already rebounded to pre-pandemic heights. It’s going to be a booming summer in the 603 that will only help to grow our economy even further.”

During a GOP governor’s roundtable on Fox News last month, Sununu joked with South Dakota Governor Kristi Noem, whose state’s unemployment rate is tied with New Hampshire, that he thought the Granite State did a better job.

“We without a doubt led the charge on the flexibility, the opportunity, and now the economy, right? As Governor Noem points out of 2.8 percent, I think we have 2.7 percent unemployment,” said Sununu at the time, spurring laughs from Noem and the audience.

“These rankings reflect the fact that most New Hampshire elected and appointed state policy leaders know it’s the private sector that drives economic growth and prosperity, not government,” Roche told NHJournal. “The surest way to ensure job growth and a strong economy is for government to create a legal and regulatory framework that is fair and balanced, but does not inappropriately hamper private enterprises from meeting the needs of their customers.

Sununu continues to enjoy sky-high approval ratings coming out of the pandemic, and the red-hot economy is likely a contributing factor. New Hampshire was the first New England state to ditch its mask mandate and lift capacity restrictions on businesses, and now the economy is soaring.

In a Granite State Poll from the University of New Hampshire released late last month, Sununu’s approval rating for his handling of the virus was an impressive 72 percent. His approval was even higher among independent voters, at 80 percent.

WalletHub says they conducted their study by comparing “the 50 states across 35 key indicators of job-market strength, opportunity and economic vitality. The data set ranges from employment growth to median annual income to average commute time.”