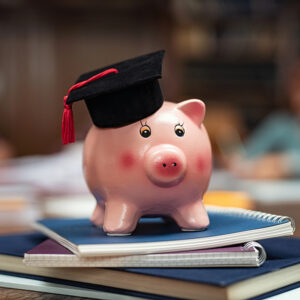 The study of the impact of legislation, like New Hampshire’s SB130, also found EFA’s would produce $30.6 million in higher lifetime earnings for students while generating nearly $13 million in economic benefits for New Hampshire.

EFAs allow families to take the state portion of the school funding that would have been spent on their children and invest it in other educational choices, from sending kids to a public school in a different district to public charters to private education and even homeschooling. Around 30 percent of Granite State students would be eligible for an EFA under the Senate bill.

Jason Bedrick, Director of Policy for EdChoice, told NHJournal “As we’ve seen with similar policies across the nation over the last three decades, Education Freedom Accounts are a fiscally responsible way to expand educational opportunity for New Hampshire’s children.”

An EFA bill was introduced in the GOP-controlled House earlier this year and failed to receive enough votes to get out of committee.

In addition to analyzing the likely fiscal impacts of the EFA bill, the Bartlett Center also reported some eye-popping numbers about education funding in the Granite State, numbers rarely reported in the news media. Among them:

Fiscally, the Bartlett study showed the state would be paying $2.4 million for EFAs in its first year while local school districts would save $4.2 million, leading to  $1.85 million in savings for New Hampshire taxpayers.

Additionally, the Bartlett Center study found nearly one thousand New Hampshire students would take advantage of a new EFA program in its first year. In the program’s second year, nearly 2,500 students are expected to use the program.

“We are encouraged by the Josiah Bartlett Center study on the financial impact of Education Freedom Accounts and the lessened tax burden for families all across New Hampshire from this policy. We are also encouraged by any policy that helps parents provide their children with educational choice opportunities that works best for them and offer them a pathway to a bright future.” New Hampshire Commissioner of Education Frank Edelblut,  a school choice advocate, told NHJournal.

In January, the New Hampshire Department of Education released its own report showing EFAs could save Granite State taxpayers anywhere from $360 to $393 million in its first ten years.

According to an EdChoice poll from January, 71 percent of New Hampshire parents support establishing EFAs.

The New Hampshire Senate Education Committee gave S.B. 130 an “ought to pass” report. The bill now heads to the full Senate for passage.