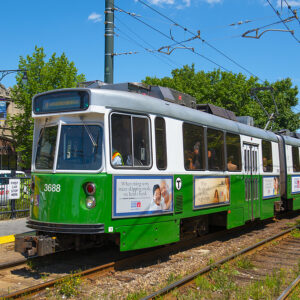 This article originally appeared on the Josiah Bartlett Center website. Published with permission.

If you planned to start a new enterprise and hire someone to run it, you’d probably avoid applicants who racked up disastrous safety records and massive financial deficits on their way to being investigated and placed under remedial safety orders by the feds.

The New Hampshire Department of Transportation, though, has tapped an operator with all of those problems to run its planned Manchester-Boston commuter rail line.

Despite steep declines in commuter rail ridership, the rise of remote work and the promise of driverless cars, the state is still moving forward with plans to build a commuter rail line to Boston. (The state in 2020 approved $5.4 million in federal funds to plan the line.) Those plans name the Massachusetts Bay Transit Authority (MBTA) as the operator of the service.

A quick (and not comprehensive) review of the MBTA’s recent troubles should be enough to eliminate the agency as a suitable commuter rail partner for New Hampshire. A list of just some of the recent safety issues includes:

The FTA’s investigation found, to cite one example, that the authority uses a paper-based record-keeping system and has not yet transitioned to storing its records digitally. This is in 2022.

The justification for building a costly commuter rail line from Boston into New Hampshire is evaporating rapidly, as we’ve documented here and here.

But even if one could build a case for some scaled-down version of commuter rail, the case for letting the MBTA run it is nonexistent.

No organization with such a dismal performance record should be given additional responsibilities, much less trusted with the lives of Granite State commuters.