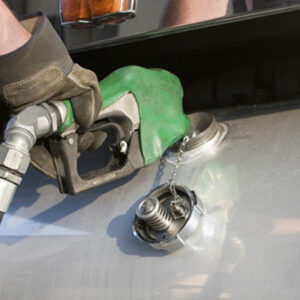 President Biden and his New Hampshire Democratic allies may have dodged a political bullet on Tuesday, but they didn’t escape ongoing high diesel prices.

The Energy Information Administration reports supplies of heating oil and diesel are at their lowest in more than 70 years. The first week in October, the average price of home heating oil in New Hampshire was $4.60 a gallon. By Election Day, it was $5.81.

Fortune magazine reports that when it comes to New England’s energy supply, “the signs of a winter crisis are already multiplying. And New Hampshire has experienced the sixth-highest spikes in diesel fuel costs in the country.

That might explain why, after years of opposing expanding oil and gas production, Granite State Democrats Sen. Maggie Hassan and Rep. Chris Pappas reversed their positions as the November election approached. Hassan touted her call for oil companies to produce more and her support for a temporary tax cut on gasoline — the most widely-used fossil fuel.

Pappas joined her, and he even broke with labor unions on the issue of the Jones Act, which inhibits the flow of energy products like oil and natural gas between U.S. ports by mandating only U.S. made and flagged ships carry them.

The question political observers ask now is, having won large victories, will these Democrats stand by their more pro-energy stances, or will they revert to their political mean?

One challenge is the inability of Congress to do something significant in the short term to address this problem.

Patrick De Haan of Gas Buddy said there are many reasons gas and oil prices are high, beginning with Russia’s invasion of Ukraine. Russia produces a lot of heavy oil and products like diesel.

With Europe trying to wean itself from Russia’s energy production, the EU is having to rely on producers such as the United States. That has created a tremendous jump in demand for non-Russian oil.

“That, combined with a loss in refining capacity that the U.S. has experienced over the last few years, partially due to COVID, have made this a particularly challenging situation,” said De Haan. “Supply is very low amidst Europe trying to move away from Russia and because of a lack of refiners’ ability to produce as much diesel.”

Another factor is dropping temperatures in parts of the country causing an increase in heating oil consumption. Before Election Day had arrived, AccuWeather had already issued a blizzard warning extending from California to the Dakotas.

De Haan called the current situation a “perfect storm where prices are high, supply is low, and refineries don’t have much ability to produce more.”

If Biden is making oil production a priority, he is keeping it a secret. Over last weekend, Biden — who wants to fight man-made climate change by lowering emissions and greater use of alternative energy technologies — responded to a heckler by saying that there will be “no more drilling.”

The White House promptly tried to walk back the president’s statement, with Press Secretary Karine Jean Pierre telling a reporter Biden was asked about new drilling in the Arctic and there is “no shortage of opportunity for companies to produce oil here in the United States.”

Republicans responded with videos of both candidate and President Biden saying, “We’re going to end fossil fuels.” There was even a clip of CNN personality Dana Bash asking Biden in a debate if there would be any place for fossil fuels in a Biden administration.

Biden’s answer? “No, we would work it out, we would make sure it’s eliminated.”

That can only mean one thing, said Dan Kish of the Institute for Energy Research. Oil companies continue to operate in a hostile environment under this administration.

“Diesel runs our nation, transporting all of our agricultural and manufactured goods, and forms of diesel include jet fuel and kerosene,” said Kish. “The United States is a huge country and diesel is the most efficient way of moving it, so when it gets short in supply or higher in price, the cost of everything goes up.”

More refineries would help, but Kish said it won’t happen as long as the president continues his attacks on oil production and fossil fuels.

“No one will invest $10 billion in a refinery that will never get paid off, and that can take decades.”