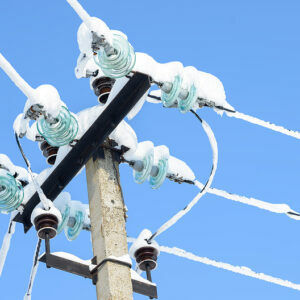 This article first appeared at the Josiah Bartlett Center’s website.

The warning from New England’s electric grid operator, ISO New England, has become an annual refrain: Insufficient access to a dependable supply of fuel puts the entire region at risk of rolling blackouts this winter.

There’s a new hint of urgency in the warnings this year, which have come from multiple sources.

“Without adequate gas, the region may not be able to meet the demand for home heating and electricity — and, when reliability suffers, the clean energy transition suffers,” ISO New England said in a statement last month.

That observation came ahead of the Federal Energy Regulatory Commission’s New England Winter Gas-Electric Forum held in Vermont on September 14.

“We’re going into this winter basically crossing our fingers and hoping,” FERC commissioner James Danly said there, according to The Boston Globe.

Charles Dickerson, president of the Northeast Power Coordinating Council, said at the forum that moving to a greater reliance on renewable energy was a widely shared goal. But the transition from coal and gas to renewables was not technologically feasible immediately. Therefore, using gas as a bridge fuel remained necessary, he said.

That, however, is a problem because of pipeline constraints.

“Because there’s a retirement of coal in the region, the technology that we’re most reliant upon, and that we’re going to have to be reliant upon, to make it plain, is a gas type technology, natural gas,” Dickerson said. “The problem in New England is in the wintertime there’re only but so many gas pipes feeding natural gas into the New England area, and those gas pipes can be constrained.”

The Globe offered a similar summary of the situation New England faces each winter.

“The challenge is daunting, as New England has limited ways to bring in natural gas — pipeline, ship, truck, or barge. In addition to being the dominant fuel for home heating, natural gas is used to generate more than half of the electricity in New England. And in winter, when demand is high, gas goes to heating buildings first before generating electricity.”

“New England power producers are preparing for potential strain on the grid this winter as a surge in natural-gas demand abroad threatens to reduce supplies they need to generate electricity,” The Wall Street Journal reported.

As ISO New England explains the situation on its website, “During the last few years, inadequate infrastructure to transport natural gas has at times affected the ability of natural gas-fired plants to get the fuel they need to perform. This energy-security risk has become a pressing concern in New England, considering the major role natural-gas-fired generation plays in keeping the lights on and setting prices for wholesale electricity.”

The warnings have been consistent for years: New England wants to make wind and solar a larger portion of the energy mix (which it has been doing). But in the meantime, we remain at risk of rolling winter blackouts if spikes in energy demand exceed our dangerously tight supply of natural gas.

But they can’t. Not at scale. Not yet.

The intermittent nature of wind and solar power requires it to be backed up by more reliable sources of power. That means we’ll still need natural gas or nuclear power to cover our energy needs.

It also means wind and solar are more expensive than commonly assumed, as additional backup generation has to be built to cover the times when they aren’t producing enough power.

“Achieving baseload configurations—at least within the constraints that currently define baseload energy—burdens renewable power with a major ‘scale-up’ problem, i.e., the need to overbuild generation capacity to store electricity in sufficient quantity to serve year-round load demand,” a University of North Carolina study found. “The extent of this overbuilding is noteworthy, producing capital costs 6-10X those of the reference natural gas plant for serving the same demand.”

Environmental activists and some politicians say that New England’s high energy prices are caused by our overreliance on natural gas. But our reliance on gas is not the cause of high prices. The shortage of gas is. We could generate 100 percent of our energy with gas and still have low prices as long as we had a ready, steady supply of gas.

But we don’t have that.

Reducing the region’s reliance on gas (and oil) — through conservation efforts and the expansion of other sources of power — are worthwhile goals.

But the bottom line is that we will rely on natural gas for a long time, and until we find a way to increase the available supply, we will remain at risk of rolling blackouts.