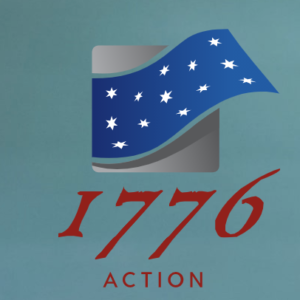 A national organization opposed to the spread of Critical Race Theory and promoting what it calls our nation’s founding principles of liberty and equality has launched a local multi-media campaign in New Hampshire on behalf of HB 544, the so-called “divisive content” bill.

The organization, 1776 Action, has the support of national conservative activists like former HUD Secretary Dr. Ben Carson and former U.S. Speaker of the House Newt Gingrich.

HB 544, which state legislative GOP leaders plan to put in the House version of the budget when they meet in full session this week, would prevent government agencies and contractors from advancing controversial “divisive” ideology like Critical Race Theory (CRT). It is best known for teaching that all white people are racist or contribute to racism as part of an inherently white supremacist system.

In March, the Manchester public school system ordered some of its employees to undergo CRT-based “white privilege” training. When questions were raised about the curriculum, including by NHJournal, the school system made the training optional.

According to sources close to the effort, 1776 Action will start a paid multi-media blitz this week targeting concerned New Hampshire parents. They have a new website, they’ve released a video ad and they’re going up on radio as well.

They’re also launching a direct-contact grassroots campaign to focus voters on the issue so legislators who oppose HB 544 “don’t get a free pass,” as one NH activist told NHJournal.

“The values of 1776 are individual liberty and equality,” Adam Waldeck, president of 1776 Action, told NHJournal. “They’re the reason we are free – and there’s a difference between teaching kids about times we haven’t lived up to those ideals, and brainwashing them (with our tax dollars) to believe the lie that America is full of systemic hate, evil, and racism. Sadly, far too many schools are pursuing the latter route.

“HB 544 is one way among many others for parents to push back against this kind of toxic, anti-American indoctrination, and 1776 Action was founded to make sure they win – both in New Hampshire and all across the country,” Waldeck added.

New Hampshire Democrats overwhelmingly oppose the legislation, some arguing that it denies the ongoing problem of racism in New Hampshire and among Granite Staters.

“This bill is, in my opinion, a death to diversity and democracy bill,” state Rep. Latha Mangipudi (D-Nashua) told WMUR-TV. “It is a discriminatory fantasy. This refusal of truth is insidious because it denies what we are experiencing, what I experience.”

State Rep. Jean Jeudy agrees Granite Staters have a racism problem.”New Hampshire’s large population is full of diversity, including people like me. The teaching of ‘divisive concepts’ does not exist in New Hampshire. However, the existence of racism, sexism, ableism, homophobia, transphobia, and xenophobia does exist in the Granite State.”

And the progressive organization Rights and Democracy is hosting an event Tuesday, April 6, to help Granite Staters “better understand the threats to our freedom and democracy HB 544 poses and why critical race theory is essential.”

Others oppose the legislation on free speech grounds. Republican Gov. Chris Sununu has pledged to veto HB 544 over those concerns.

Advocates, and some legal experts, say limiting employees’ speech on the job is both constitutional and common. They also insist that if self-declared “social justice” advocates have to embrace ideas like the inherent superiority of one race over another, whatever they’re advocating should be kept out of government-run institutions.

“Our kids and grandkids are the victims of a coordinated attack on our history, our heroes, and our very inheritance,” Dr. Ben Carson said in a statement. “Worse yet, they’re being indoctrinated with toxic theories that divide us by race and gender and reject America’s most defining principle— that we are all individuals created equal by God. We, the People do not have to stand by while our culture and our future are ripped out from under our feet. We must get focused, and we must get active.”