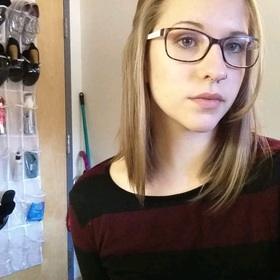 Meet The “F-Bomb”-Shouting Intern Sen. Hassan’s Keeping On The Job

Last week, an unknown person shouted “Mr. President, F—you!” in the halls of the Capitol building. Yesterday, we found out that person is Sen. Maggie Hassan’s intern.

Today, she’s still on the job.

The profane outburst that inspired a Capitol police investigation is 21-year-old Caitlin Marriott, who is interning in the office of Sen. Maggie Hassan (D-NH). According to multiple media reports, the Keene State (Class of ’19) student yelled out the profanity as President Trump arrived at the office of House Speaker Paul D. Ryan for talks on a proposed immigration compromise. Marriott  “then raced from where she had been, standing with a group of interns, forcing Capitol Police to put out a ‘be on the lookout alert’ and having to find her to determine that she was no threat to the president,” according to the Washington Times.

Now that she has been identified, she will not be fired. Instead, Sen. Hassan has suspended Marriott from her position for a week.

“We are aware of the situation and have taken disciplinary action, including a one-week suspension and revoking her Congressional intern ID badge,” Aaron Jacobs, Sen. Hassan’s communications director, said in a statement. “Thereby restricting her access to the Capitol, in response to her breach of office policies regarding respectful and appropriate conduct,”

According to her Merit Page at Keene State, Marriott is a native of Mendon, VT and Rutland High graduate currently majoring in “criminal justice and psychology.”

Not everyone is happy with Sen. Hassan’s decision to keep Caitlin on the job: 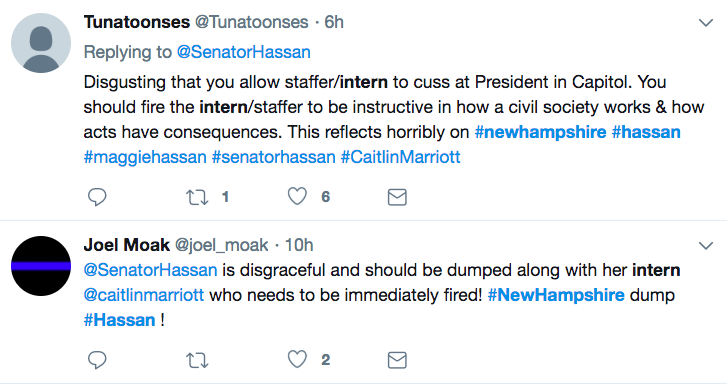