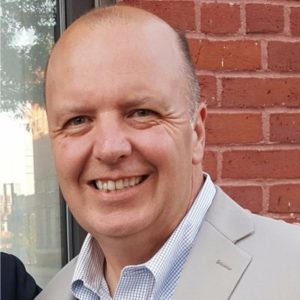 We are going to focus on the three most problematic voting issues we’ve seen heading into the 2020 elections:

First, protecting SB 3, the bill passed by the N.H. Legislature and signed into law by Gov. Sununu that requires voters in New Hampshire elections to actually be New Hampshire residents. Again, this should seem like a no-brainer. Why would a resident of a state that isn’t New Hampshire be allowed to vote in New Hampshire?

Our friends in the Democratic Party will never admit it, but we all know that it’s about bringing Democrats from our liberal neighboring states here to vote — after all, Democrats in Massachusetts and Vermont know that they can spare a few blue votes to try and swing our elections in their favor.

Second, we will fight to stop Chris Pappas’s dangerous vote-by-mail scheme that Democrats across the country are trying to force on the states. This ridiculous idea was a big point of contention in the Federal CARES Act that provided the states with funding related to the COVID-19 pandemic. We’ve already seen reports of deceased voters receiving ballots in the mail in other states.

Who knows how many dead people have already voted for Joe Biden and how many more ballots from the ghosts of Democrats-past are going to come pouring in. To put it briefly, vote-by-mail threatens to plague New Hampshire with an excess of voter fraud that would make North Korea blush. It’s wrong and it must be stopped before it starts.

Finally, we will be encouraging the Republican National Committee to stay out of N.H. Republican primaries and allow these elections to be decided by N.H. voters, not Washington D.C. insiders. We need to make sure that we can have the strongest possible Republican ticket that can win and the best way to do that is by trusting the voters in September know who they want to vote for in November.

New Hampshire voters are smart. We don’t need Washington D.C. coming into New Hampshire to tell us who to nominate in our races.

I want the “establishment” to hear from YOU, the real voters of New Hampshire. I want to make sure that your voice is heard now, so that it isn’t trampled at the ballot box in September and again in November. A free and open Democracy requires fair elections decided by the voters.

I care about New Hampshire election integrity deeply because, unlike my primary opponent — who was a New Jersey voter just six months ago — I have been a New Hampshire voter for over 30 years.

I have spent my entire adult life trying to get Republicans throughout the state elected up and down the ballot and I don’t want to see insiders from Washington coming into our state and creating rifts in the unity that we have worked so hard to create among New Hampshire Republicans.

I don’t want to see the Democrats allow any out-of-stater that has ever stopped for cup of coffee in Nashua to vote in our elections. It’s time for them to let New Hampshire elections be decided by New Hampshire voters.