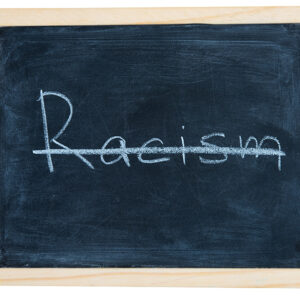 RICHARDS: Please Pass HB544 and Protect My Kids From Hate

Posted to Education March 04, 2021 by NHJOpinion

Dan Richards is a father of two living in Etna, NH. He submitted the following testimony in support of HB544, which would restrict schools and state agencies from disseminating the ideas behind Critical Race Theory. The bill passed the House Executive Departments and Administration Committee 10-9 on Thursday.

We write this email to respectfully request you vote in favor of HB544.  I believe most of our fellow citizens in NH do not believe racist and discriminatory practices are acceptable and this bill would make sure that these practices are against NH State law.

We have two children, one in second grade and one who will be entering kindergarten next year at SAU70 and we are deeply concerned about what is being taught regarding these topics.

For example, an intensive was recently taught titled “Exploring Whiteness and Becoming an Anti-Racist Activist” that contained blatantly racist and anti-American topics.  The course syllabus is attached for your reference.

In my opinion, these kinds of statements are as objectionable as they are false and inflammatory.  They have no place in our NH schools and the training programs of NH companies.

I am the son of a Marine veteran and my grandfather and several great uncles served in the armed forces during WWII.  Some of my ancestors were rounded up, sent to camps and exterminated.  My family knows what racism and white supremacy look like.  We have fought and we have died to defend the United States and the egalitarian principles for which it stands.  It is a sad commentary about our times that we need HB544, but the reality is that we do.

Please pass HB544 so I can send my kids to a school free from racism, discrimination and racial stereotyping.