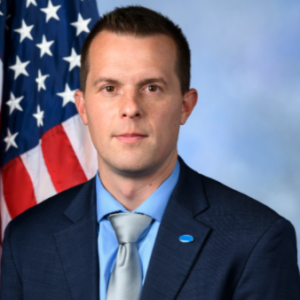 While New Hampshire Democrats marched in lockstep with party leadership in supporting the party’s massive $1.9 trillion COVID spending package, the lone Democratic dissenter was right across the border in Maine: Rep. Jared Golden.

Golden represents Maine’s Second Congressional District, the largest and most rural district east of the Mississippi River. His constituency is the oldest in the nation, and it’s the only district in New England that former Pres. Donald Trump carried in a general election.

In fact, Trump won it twice.

In announcing his plans to oppose the COVID spending plan, Golden highlighted the same issue many Republicans noted: The high cost.

“Borrowing and spending hundreds of billions more in excess of meeting the most urgent needs poses a risk to both our economic recovery and the priorities I would like to work with the Biden administration to achieve, like rebuilding our nation’s infrastructure and fixing our broken and unaffordable healthcare system,” Golden said.

Sounding like a Republican isn’t necessarily a political mistake in a district like Golden’s. Many political pros believe opposing his own party from time to time is critical if Golden wants to win over Trump voters in 2022.

However, trying to win over voters from the other party in an era of increased political polarization is a tall task and one that could potentially lead to a challenge from within his own party. Not surprisingly, many Maine Democrats reacted with anger to his vote against a bill many believe will define Joe Biden’s presidency.

Amy Fried, chair of the Political Science Department at the University of Maine and a Golden supporter called his decision to vote against the stimulus package“utter nonsense. Progressive activists in the Pine Tree State immediately took to social media to call for a primary challenge.

It didn’t take long. A week after the vote, a progressive activist from Bangor filed paperwork with the Federal Election Commission declaring himself a candidate in next year’s Democratic Primary. And while Michael Sutton may not be viewed as a serious threat — his bid for Bangor City Council garnered just seven votes in last year’s primary — his candidacy could be a sign of things to come.

Meanwhile, Maine’s Republican Party has also been sharply critical of Golden, claiming he only votes against House Speaker Nancy Pelosi and her Democratic caucus when they don’t actually need his vote.

“Jared Golden continues to make decisions with no rhyme or reason, other than to perpetuate his made-up moderate persona he uses for tv ads. While Jared attempts to be coy with his constituents, Mainers on both sides of the aisle are seeing right through his charade.” Dr. Demi Kouzounas, chair of the Maine Republican Party told InsideSources.

This isn’t the first time Golden has been targeted by the two parties.

During Trump’s first impeachment, Golden voted “no” on one of the two articles of impeachment, the only member of Congress to do so. Democrats at the time were furious, while Republicans complained he wasn’t properly representing his district, which Trump carried by 10 points in 2016.

More recently, Golden was one of just two Democrats who voted against the George Floyd Justice in Policing Act, despite supporting an earlier version of the bill a few months earlier. And he was the only Democrat to vote against H.R. 8, a gun-control bill that would have expanded background checks.

“I believe my votes today remain the right decision, but I know some of my constituents feel differently,” he said at the time.

The politics of Golden’s voting pattern are apparent. Pelosi and the Democrats have a narrow, five-vote majority, but it’s large enough to allow Golden to vote no without endangering their legislative priorities. Meanwhile, there are plenty of progressive causes, like Medicare For All and a mandatory $15 minimum wage, where Golden is firmly in line with his party’s left flank.

Medicare For All, which would force about 150 million Americans out of their current insurance plans, is a particularly problematic issue in a district with as many older voters as Golden’s. Many current Medicare enrollees have concerns about what a national, single-payer Medicare-For-All system would mean for the access to and quality of their care.

The question is whether America’s polarized politics have room for what were commonly known in the 1980s as “Blue Dog Democrats” — moderates who often supported Republican Pres. Ronald Reagan but were still members in good standing of their party.

Current numbers don’t look good. Between 1950 and 2000, more than 20 percent of American voters split their votes between the two parties. In the past three election cycles, it fell below 10 percent. Golden’s district is just one of 16 — out of 435 — that voted for a presidential candidate of one party and a congressional candidate from the other.

Can a Democrat like Golden continue to buck that trend?

In November, Golden approached Election Day with a large, double-digit lead in the polls, only to win a narrow six-point victory. In the wake of that performance, he’s been publicly critical of the progressives in his party whose message, he says, is driving moderates away.

“I don’t really care about what [New York Democratic Rep.] Alexandria Ocasio-Cortez or anyone else has to say about why some of my colleagues won or lost,” Golden told the Bangor Daily News in November. “I don’t think she really knows anything about my district, or why I was successful, as opposed to why someone in a different district was.”