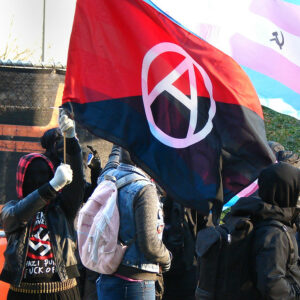 As president of the Dartmouth College Republicans, which was scheduled to host journalist Andy Ngo and political activist Gabe Nadales last Thursday night, it’s important to our members that people are aware of the facts regarding Dartmouth College’s decision to cancel our in-person event.

At five o’clock, just two hours before the event, Dartmouth Senior Assistant Dean for Student Life Anna Hall and Associate Director for Conferences and Events Jim Alberghini told me the administration was forcing us to “transition the event to virtual.” When I asked why, they said it was due to a “confluence of reasons.” When I asked for clarification, they told me they officially decided just a few minutes earlier.

However, it appears more likely they had made the decision well in advance and decided to announce it at the last minute. After the virtual event, Dartmouth released this statement:

“In light of concerning information from Hanover police regarding safety issues, similar concerns expressed by the College Republican leadership, and challenges with the student organization’s ability to staff a large public event and communicate effectively (including dissemination of the visitor policy and a prohibition on bags in the building), the College has requested that the Extremism in America panel be moved online. The event was not canceled. The College has supported the event virtually.

“This decision aligns with Dartmouth’s policy on freedom of expression and dissent:

“Freedom of expression and dissent are protected by Dartmouth regulations. Dartmouth prizes and defends the right of free speech and the freedom of the individual to make their own disclosures, while at the same time recognizing that such freedom exists in the context of the law and in responsibility for one’s own actions. The exercise of these rights must not deny the same rights to any other individual. The institution therefore both fosters and protects the rights of individuals to express dissent.

“Protest or demonstration shall not be discouraged so long as neither force, nor the threat of force is used, and so long as the orderly processes of the institution are not deliberately obstructed.”

This statement is both factually wrong and embarrassing to read.

First, we spoke to several police officers during and after the event. They took it as a personal affront that Dartmouth cited safety concerns as a reason for the cancelation. We had Dartmouth campus security, state troopers, Hanover police officers, Lebanon police officers, and New Hampshire SWAT members in and around the building.

Moore Hall may have been the safest place in the state of New Hampshire.

Those officers were more than capable of maintaining security and, as several told us, never advised Dartmouth to cancel Ngo’s live appearance in the few hours leading up to the event.

If that is the case, Dartmouth College decided to cancel based on information that had been available for days — if not weeks — before. Moreover, if the security concerns Dartmouth had were so grave, why did we host the virtual event in the same room we had intended for the in-person event? Especially considering that the virtual infrastructure needed to host a successful event was not there (as we only had two laptops in the entire building).

For Dartmouth officials to now insinuate that we failed to communicate with them is insulting and untrue.

Also untrue are their claims that Dartmouth CR’s leadership expressed security concerns. Chloe and I explicitly expressed our desire to have this event in person, even as they informed us of their unilateral decision to have a virtual event instead. Any “concerns” that were raised during the planning of this event were always in light of what the perceived situation was with Antifa and how to best mitigate any threats or disruptions they might pose.

It’s disappointing that our discussions of logistics and safety for a high-profile event have been taken out of context.

In regards to the dissemination of the visitor policy and the prohibition on bags in the building, again, the administration is simply not telling the truth. For example, our last campus-wide email had the subject line, “NO BACKPACKS ALLOWED.”

We sent out dozens of emails over the previous few days communicating Dartmouth policies to the community members we knew were coming. I went to a speaking event last week, and no one checked anything. In contrast, we planned to follow all of Dartmouth’s guidelines and stop people at the door if they didn’t comply with them. Why was our in-person event the one that got canceled?

In addition, we were repeatedly told by the administration that it was “our event,” and they were only there to assist. In our meetings earlier in the week, they made suggestions about how much staff we needed on hand. Thursday morning, Anna Hall turned that into an order that we have a specific number of volunteers—first seven and then nine. I rallied people to help all day, and by the end, I had 12 students ready to go (not to mention a handful of community members who offered to pitch in as well).

About a half-hour before the administration pulled the plug, Anna Hall demanded to see a list of our volunteers. I was in the auditorium setting up the IT for the event and simply did not see the email (Wi-Fi is unreliable in the basement) while Chloe was organizing with the speakers.

If anything, that demonstrates the administration’s failure to communicate with us. We were scheduled to meet with Anna Hall and Jim Alberghini at around 5:00 p.m. (two hours before the event)–if they had simply waited ten minutes to talk to us during our scheduled meeting, we could have shown them that staffing was not an issue– although I don’t think this was ever a serious concern, but rather a convenient excuse.

For Dartmouth to claim it “protected” free speech is absurd. In reality, it allowed the Dartmouth Anarchists and other outside ANTIFA groups to make threats of violence and get exactly what they wanted. By forcing us to go virtual on such short notice (with only two laptops in the entire building to use), they seriously disrupted our event, embarrassed our organization, and created a roadmap for derailing our future activities. The Dartmouth administration capitulated to threats from domestic terrorists, and it is shameful.

I have tried my best to work with the administration. I have always been cooperative and understanding. Even Thursday night, I stayed calm and worked with them to find a solution.

However, it is clear from their statement and hindsight that they never had our best interests at heart. They never wanted the event to be held in person. They blamed “both sides for being unreasonable.” We were hosting an event discussing the problem of political violence silencing speech. Antifa was threatening violence to silence speech.

How are there “two sides” on this issue?

Dartmouth College’s actions on Thursday night will only serve to encourage those who call for political violence.

Griffin Mackey is president of the Dartmouth College Republicans. He wrote this for NHJournal.com.