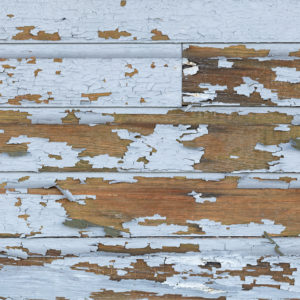 Millions of Americans are at risk of lead exposure from paint in their homes and in their drinking water. In New Hampshire, it’s been found that lead poisoning affects about 1,000 children under 6 years old in the state every year. The Legislature wants to allocate funding to combat the crisis, but it will prove to be difficult to settle on an appropriate cost.

Senate Bill 247 would essentially give landlords money to get rid of lead in apartments across the state. The bill doesn’t change the lead levels, 10 micrograms per deciliter, that require landlords to test for lead in their apartments with children, but it does require universal testing for children between the ages of 1 and 2 to be covered by insurance companies. The early warning level is still at 3 micrograms, the level at which landlords would be notified so they could take action before reaching the 10-microgram level.

If the test reveals that areas of the rented property contain lead, the landlord can be forced to remove the lead contamination, which is known as abatement. The rules are mostly for rented properties, but they also apply to owner-occupied homes. However, homeowners cannot be forced to carry out abatements and are only given recommendations.

The bill also contains a provision that would bar children 6 years old and younger from attending any private or public school, or child care, unless their parents can prove their kids received lead testing. Blood tests of children under 6 years old in rental properties that reveal lead levels of 10 micrograms or higher can prompt an investigation by the state Division of Public Health Services.

With more tests, it’s likely there will be more lead found in homes across the state, forcing landlords to get rid of the lead either as a requirement or a precaution if it approaches the maximum level.

To help with those costs, the bill would set aside $3 million for the next two years to reimburse landlords for 75 percent of abatement cost, and possibly the total cost if the property owner can demonstrate financial need. It would also cover the cost of a filter if there is lead in the water.

The bill passed with bipartisan support in the Senate (15-7) in March and in the House (233-109) on Thursday. It now sits in the House Finance Committee where lawmakers will decide on the ultimate cost of the bill since it uses state revenues.

Sen. Dan Feltes, D-Concord, testified before the committee on Tuesday, saying “we need to get out in front of this” because the state is “robbing children of future earnings…as a result of where they live.”

Yet, he admitted the cost of fixing the state’s lead problem could range between $3 to $100 million. This was a concern other lawmakers had, like Reps. J.R. Hoell, R-Weare, and Jim Fedolfi, R-Hillsborough.

SB247 could cost north of $100 million per Sen. Felts during finance hearing. #nhpolitics

Fedolfi told the House Health, Human Services, and Elderly Affairs earlier this month that it should be the landlord’s responsibility to pay for it and not the taxpayers. He called it a “landlord recovery bill,” allowing owners to “refurbish their apartments on the state’s dime” and a “free ticket for the landlord who is getting rich and doing well and now using our money to help them.”

Yet, this is a national problem that has received increased attention after the Flint, Mich. water crisis. About 100,000 people across the country get their drinking water from utilities that found high lead, but didn’t treat the water to remove it. Also, 4 million Americans got water from small operators who skipped required tests required by federal safe drinking water laws, according to a 2016 investigation by USA Today.

About 77 million people across all 50 states were served by water systems reporting violations of the Safe Drinking Water Act in 2015, according to a report issued last week by the Natural Resources Defense Council.

While most of media reports are focused on lead in drinking water, which is still a major issue in most states, people often forget that lead paint in older homes still poses a threat to children.

“The public doesn’t hear about it because most kids have no symptoms until years later when the brain damage caused by early lead exposure appears,” wrote Amy Winslow, president and CEO of medical device company Magellan Diagnostics in a Monday op-ed in the Concord Monitor. “It shows up when kids can’t perform on grade-level reading or math tests, and can’t sit still in school, at which point no one is thinking about lead.”

The state has the oldest housing stock in the country. Approximately 68 percent of homes in the state were built before 1968, according to the Department of Health and Human Services.

In the bill, landlords of any property built before 1978, the year lead paint was first outlawed, would pay for repairs and would be required to conduct annual checks on the interior and exterior of their properties.

The House Finance Committee did not reach a funding agreement on Tuesday. They are scheduled to work on the bill beginning on Wednesday, but it’s expected to take some time before they come to a consensus on the cost. It would then go back to the House for a full vote.