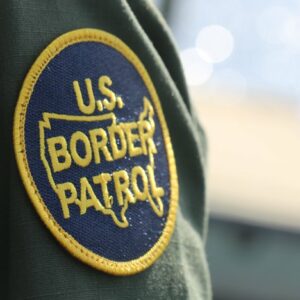 KRIKORIAN: Immigration Is a Top Issue for Voters

There are two reasons voters should think about immigration when they go to the polls (or however they cast ballots these days). First and most apparent is the fallout of President Biden’s border crisis on communities all over the country. But second is what the administration’s willful violation of immigration law means for all other areas of policy.

Next month’s elections are for Congress, of course; the Biden administration will be in place for at least two additional years. But whether his party has majorities in Congress will determine how free a hand he has in carrying out his anti-border policies.

The Border Patrol this fiscal year, which ended September 30, apprehended the largest number of illegal border-jumpers in history, more than 2 million, topping last year’s 1.7 million, which was itself a record-breaker.

Not all these people were let go. Under a COVID-era public-health order known as Title 42, the Border Patrol can just bounce certain illegal aliens back into Mexico, no fuss, no bother, no hearings. (The administration is trying to end that border-control tool, but the court has stymied it.)

But the number released into the United States is bad enough — something like 1.4 million since Biden was sworn in, and more coming every day. This immediately hits border towns like McAllen and El Paso in Texas, and Yuma, Ariz. But today, every state is a border state, every town a border town. New York Mayor Eric Adams declared the arrival of illegal aliens to his city a humanitarian emergency before Texas Gov. Greg Abbott bused a single person there! Washington, Chicago and Martha’s Vineyard  in Massachusetts had also screamed bloody murder when border-jumpers were sent to their communities.

We can (and should) chuckle at the hypocrisy of sanctuary cities suddenly crying NIMBY (No Illegals in My Back Yard!). But the fact is that the sustained arrival of wave after wave of newcomers from abroad puts strains on schools, social services, criminal justice and the housing stock — wherever they end up.

And people aren’t the only thing crossing the border illegally. When groups of 100 or 200 people at a time come across and turn themselves in, knowing they’ll be let go, the rest of that section of the border is stripped of agents to handle the processing. The cartels know and often arrange such mass crossings, allowing them to move their fentanyl and other poisons undisturbed.

But in addition to the direct harm caused by the border crisis is the harm to the rule of law. Any large-scale illegal immigration will erode respect for the law, but this is different. The administration isn’t doing a bad job of controlling the border. It isn’t even winking at illegal immigration. It has an avowed policy to not stop illegal immigration and routinely breaks the law in the process.

Unlike all prior administrations of both parties, Biden’s Department of Homeland Security secretary has announced — on TV — that its policy is not to deter illegal crossings. This is directly contrary to the statutory requirement that the president strive for “the prevention of all unlawful entries into the United States.”

Those people who do illegally cross the border are required, under another provision of the immigration law, to be detained during the entire course of their proceedings until they’re either given legal status (like asylum) or deported. Even the small share of border-jumpers the DHS does detain are quickly released. The White House says it doesn’t have the space to hold them all but then asks for fewer detention beds in its budget request.

If the Biden White House continues to get away with this kind of lawlessness, it will be emboldened to ignore other legal limits on its power, as we’ve already seen with, for instance, college loans.

People consider many different things when deciding for whom to vote. But the direct effects of Biden’s border crisis, plus what it portends for the rule of law more generally, mean that it matters a lot whether President Biden faces a submissive Congress, as he has now, or one that will try to hold him to account.

Mark Krikorian of the Center for Immigration Studies will be participating in a debate on U.S. border policy on the campus of Dartmouth College on Thursday, October 20, 2022.

Mark Krikorian is executive director of the Center for Immigration Studies. He wrote this for InsideSources.com.