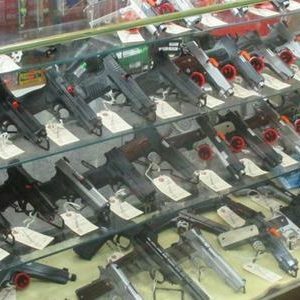 If Guns Cause Crime, Why Is New Hampshire So Safe?

Why is New Hampshire so safe?

As the nation grieves two high-profile mass shootings in a week, President Joe Biden and many of his fellow Democrats are once again renewing calls for expanded gun control. They blame America’s gun laws for the horrific murders that rocked the nation.

Among Biden’s proposals are returning to the “assault weapons” ban of the 1990s, banning “high-capacity” ammunition magazines, extending background checks to private sellers, and extending the time limit to conduct checks on purchasers.

“Another American city has been scarred by gun violence and the resulting trauma,” Biden said Wednesday. “We must act.”

In the past, Rep. Katherine Rogers (D-Concord) has said removing the Second Amendment is “a conversation we should have.”

An assault weapons ban? In Colorado, the murder weapon was reportedly a Ruger AR-556.  But in Atlanta — and at Virginia Tech, the deadliest school shooting in U.S. history — the shooters used handguns.

Nobody knows. But one fact is beyond dispute: New Hampshire doesn’t have any of these laws. And New Hampshire has almost no gun crime.

New Hampshire has among the highest rates of gun ownership in the country– the second-highest number of guns per capita according to one survey.

It’s also a relatively easy place to buy and own guns. While seven states have bans on so-called “assault weapons” — including nearby Massachusetts, Rhode Island, Connecticut, and New York — New Hampshire is the only New England state in the top 25 rankings for gun rights. Guns and Ammo ranks the Granite State number 17 on their Best States for Gun Owners list, ahead of Alabama, South Carolina, and Florida.

The one area where New Hampshire lags when it comes to guns? Crime.

In five of the nine years between 2010-2019, New Hampshire had the lowest murder rate in the nation. (The 2020 numbers haven’t been released.)  According to U.S. News & World Report, in 2020 New Hampshire had the second-lowest rates of property crimes and violent crime in the country, trailing only Maine.

New Hampshire has no centralized mandatory gun registration. It does have “constitutional carry”‘– no permit required. And it has a “stand your ground” law that, according to a new Granite State Poll, conducted by the University of New Hampshire Survey Center and released on Wednesday, is wildly popular. It has an approval/disapproval rate of 66-22 percent.

But this additional layer of gun regulations on Granite Staters is the exception, not the rule. It certainly hasn’t slowed gun sales.

“In January of this year, we had more than 17,000 firearms sales,” says former state Rep. JR Hoell with the New Hampshire Firearms Coalition. “In February, there were 12,000. Based on what I’ve heard from dealers, March will be higher than either month.”

In other words, the number of guns owned by Granite Staters has been going up, while gun crime rates have remained extremely low –far lower than neighboring Massachusetts. Once again — why?

Supporters of restricting gun rights note that mass shootings can happen anywhere, and that’s certainly true. Georgia is ranked 11th on the Guns and Ammo list, while Colorado is down at number 40. Las Vegas has a strong pro-gun culture, and it was the site of the worst mass shooting in American history. Chicago has some of most anti-gun policies in the country, and the city suffers the equivalent of a mass shooting nearly every weekend.

If there is a correlation between expanded gun control laws and fewer crimes, the definitive data have yet to be shown. Do New Hampshire supporters of banning assault weapons like Rep. Altschiller have evidence to show such a ban would reduce crime in the state? Realistically speaking, how much lower can it go?

And what about expanding gun control in New Hampshire?