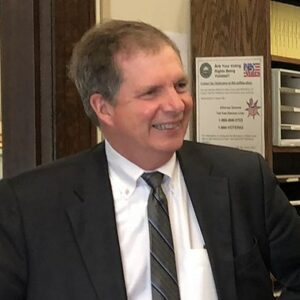 Asked why the New Hampshire legislature should keep him as secretary of state, Republican David Scanlan evoked the name of a Democrat: Bill Gardner.

“I spent 20 years working with Bill Gardner, fighting to protect our primary,” Scanlan told NHJournal. “I know the strategies he used to protect our position on the calendar. I learned from the best.”

On Wednesday, the legislature will convene for Organization Day. In addition to voting to elect a Speaker of the House, a vote of both chambers will either elect Scanlan to the job he’s held since Gardner retired in January, or it will elect Democrat Melanie Levesque to the job. 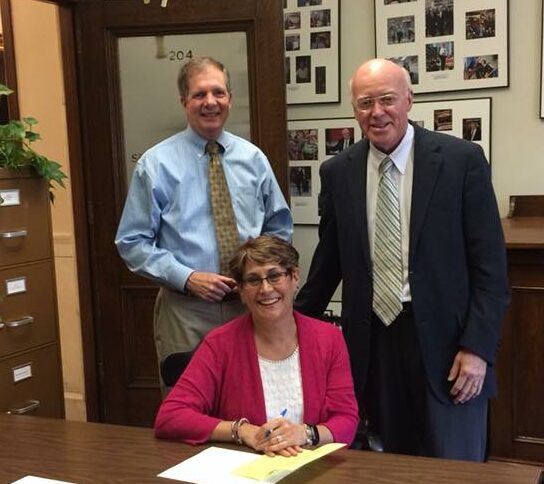 Four years ago, Scanlan was on hand when the Democrat-controlled legislature made history by reelecting Gardner to a 22nd term, adding to his years as the longest-serving secretary of state in the United States.

Levesque was on hand, too. She voted against Gardner and for his challenger, Democrat Colin Van Ostern, who lost 209-205.

NHJournal has repeatedly reached out to Levesque to ask about her view of Gardner’s tenure and the duties of the secretary of state. But the progressive Democrat whose candidacy is touted by the far-Left website Daily Kos declined to respond. Refusing to respond to media requests about New Hampshire’s elections is a problematic policy for a secretary of state, whose job requires transparency and trust from voters across the political spectrum.

While Scanlan is a Republican who once served in the House of Representatives, he worked as Democrat Gardner’s right-hand man for the past 20 years.

It is that experience, juxtaposed against the Democratic Party’s attempt to kill New Hampshire’s “First in the Nation” primary, that Scanlan is presenting to the legislature and its slim GOP majority.

“I think everyone knows I will do everything I can to protect our primary. I think I’ve shown that,” Scanlan said.

And while Scanlan has been a vocal critic of the Democratic National Committee and its plan to move New Hampshire behind South Carolina, Levesque’s responses have been more measured.

“I don’t think that I want to comment on what the DNC did,” Levesque told WMUR, “because my role will be secretary of state and my responsibility will be to adhere to the New Hampshire state law, which is having our first-in-the-nation (primary) first.”

In 2018, there were 237 Democrats on hand to cast votes, compared to just 152 Republicans. Gardner was elected thanks to some two dozen Democrats, like Sen. Lou D’Allesandro (D-Manchester) breaking with the majority of their party.

The current partisan breakdown is 215 Republicans, 208 Democrats, and one tied race for a House seat. Will moderate Democrats support Gardner’s handpicked successor on Wednesday, or will they back their party’s nominee?

“I will be voting for David Scanlan and will be nominating him,” D’Allesandro told NHJournal Tuesday night.

Even without Democratic support, Scanlan appears to be the frontrunner. Based on early reports, Republicans are likely to have close to a 10-vote majority on Wednesday, though attendance is notoriously fluid among the 424 members of the all-volunteer legislature.

Ironically, the GOP cause has been aided by the deep-blue voters of Nashua, who repeatedly reelected no-show Democrats like Rep. David Cote — who hasn’t attended a session due to COVID-19 fears since March, 2020 and isn’t expected to show on Wednesday– and Rep. Stacie Laughton, who has been in and out of legal trouble for years and is currently sitting in a Manchester jail.

Levesque has tried to focus the race on what she says are shortcomings by Scanlan in the operations of his office. She’s claimed he’s lagged in approving ballot counting devices — a claim Scanlan’s supporters dispute. And she has joined New Hampshire Democratic Party attacks on Scanlan’s handling of the Manchester Ward 6 recount, though a judge sided with Scanlan and Democrats declined to challenge the results before the Ballot Law Commission.

State Sen. Regina Birdsell, who has served on the Senate Election Law and Municipal Affairs Committee with Levesque, said she is not impressed by Levesque’s attacks on Scanlan’s handling of his administrative duties.

“She doesn’t understand there is a major business aspect to the job. All she concentrates on is election law,” Birdsell said.

But given the importance of the First in the Nation primary to Granite State politics — not to mention its economy — it’s unlikely legislators will prioritize any other issue. New Hampshire’s law gives the secretary of state unilateral power to set the date, under the assumption the secretary’s motive will be to put New Hampshire’s interests ahead of partisan concerns.

Levesque’s long work as a partisan activist with national organizations advocating federal authority over state elections isn’t viewed as a selling point at a time when even loyal Democrats like U.S. Sen. Jeanne Shaheen are denouncing the DNC. Scanlan, on the other hand, has virtually no partisan footprints and the backing of “Mister FITN” himself, Bill Gardner.

Assuming Republicans show up, Scanlan is viewed as the favorite in Wednesday’s vote.