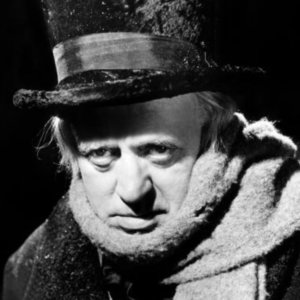 In the opening of “The Muppets Christmas Carol,” Gonzo and Rizzo the Rat are selling apples in a dingy London market. Gonzo scolds Rizzo for eating the inventory.

Rizzo is a clever rat.

Later in the movie, the ghosts of the Marleys tell Scrooge how they enjoyed overcharging the poor for rent. (In the Muppets version, there are two Marleys.)

Rizzo didn’t comment on those lines, but he might’ve dead-panned, “maybe someone ate the apartments and drove up prices?”

As Dickens’ classic tale is retold and rewatched this Christmas season, many Granite Staters face a harsh reality that Rizzo — and Scrooge — would understand. Scarcity keeps driving up prices for homes and apartments.

You don’t need to be visited by the ghosts of housing markets past to see the problem — and why Scrooge would love it. You just have to compare the markets for short-term and long-term rentals.

Investors in short-term rental properties expected prices to rise along with demand. But something happened on the way to sipping daiquiris on the beach as the rent money poured in. A lot of other people responded to the high rates by offering their properties for rent too.

“However, while the absolute number of bookings has risen, there has also been a sharp rise in supply of available short-term rental listings in the U.S., up 23.3% in October 2022 compared with October 2021,” the Journal reported.

A woman who rents her California home on Airbnb told the Journal, “I’ve felt a massive drop” in rents she can charge. A holiday weekend at her home fell from more than $1,000 per night during the pandemic to around $275 now. Why such a collapse? Demand rose, which drove up prices, and those higher prices prompted investors to increase supply, which brought prices back down. That’s how a market would normally function.

But it’s not how the market for long-term rentals works.

In October, median rents were up nationwide by 7.8 percentage points, year over year, according to rent.com. In New Hampshire, the median rent was up 14.12%, by the website’s measure.

For homes, apartments and short-term rentals, demand remains strong. But prices have fallen in only one of those markets: the one where supply faces the fewest constraints.

“My reaction is that the growth in short-term rentals has come about because people are converting their own homes, or parts of them, into short-term rentals,” said Jason Sorens, director of the Center for Ethics in Society at St. Anselm College and author of the Josiah Bartlett Center’s 2021 housing report. “Rarely do people build units specifically for short-term rental. And that’s where the real housing supply bottleneck is: it’s become harder to build. Without more building, we aren’t going to see a similar supply increase for long-term rentals. But the other point this news shows us is that if we did increase supply, it would reduce rents.”

As we documented last year, overly restrictive local regulations are a significant barrier to new development in New Hampshire. These regulations make it difficult to build new housing, which prevents developers from meeting demand. That creates scarcity, which drives up prices. Rizzo would be proud.

And Scrooge would be thrilled. Scrooge, don’t forget, was a landlord as well as a money lender. He could get away with charging outrageous rents for decades only if his renters had no cheaper options. So Scrooge would be no fan of loosening land use regulations to allow more apartment and home construction.

If Granite Staters want to avoid turning our existing housing shortage into a Dickensian nightmare, the only solution is to loosen the restrictions and let developers create more supply.