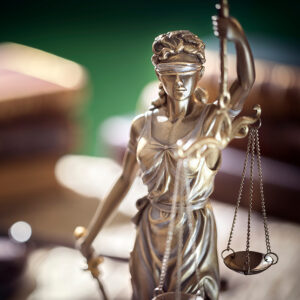 How NH Could Increase Access to Justice Through Occupational Licensing Reform

New Hampshire could become one of the earliest states to enable low-cost legal assistance by loosening occupational licensing regulations on the practice of law. If House Bill 1343 passes, paralegals would be able to provide limited legal representation to lower-income individuals in district, circuit, and family courts.

Paralegals have some legal training but are not attorneys and do not have law degrees. They are prohibited from practicing law or representing clients in court.

Restricting the practice of law to attorneys only, no matter how simple the legal matter, creates a shortage of legal representation and increases the cost of that representation.

As a result, 80-90 percent of people who appear in family court in New Hampshire have no legal representation, bill sponsor state Rep. Ned Gordon (R-Bristol) testified before the Senate Judiciary Committee last month.

Only 13 percent of alleged domestic violence victims have legal representation in court, according to the Domestic Violence Task Force.

HB 1343 would let paralegals who are directly supervised by licensed attorneys represent lower-income clients in family, domestic, stalking, and landlord-tenant cases. Paralegals could serve clients whose family income is no more than 300 percent of the federal poverty level.

Testifying in favor of the bill, Chief Justice Gordon MacDonald said allowing paralegals to represent clients in these types of cases would be “one of the most meaningful steps” the state could take to increase access to justice in the court system.

Other states have begun making similar changes for the same reasons.

The push to remove needless barriers to the practice of law is not restricted to the United States. In the United Kingdom, barristers are attorneys who represent people in court, and solicitors generally do legal work for people outside of court. In 2020, the Legal Services Board approved a proposal to reduce the entry-level requirements for solicitors and broaden the number of people who can take the solicitor’s qualifying exam.

In many countries, law degrees are offered at the bachelor’s level. The United States is an outlier in making graduate school the standard path to a law degree.

HB 1343 would take a small step toward allowing people to purchase qualified legal representation at a lower cost than is available now. That it is supported by N.H. Legal Assistance and the N.H. Coalition Against Domestic and Sexual Violence shows a general consensus that such representation is needed. No law firm testified against the bill.

If this small step passes, two obvious next steps could follow:

This article originally appeared at JBartlett.org, the website of the Josiah Bartlett Center for Public Policy. It is re-published with permission.