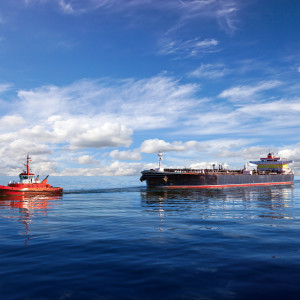 Will New England have enough fuel this winter?

The region’s six governors have their doubts, and in July they wrote U.S. Energy Secretary Jennifer Granholm to ask for relief from a 1920 shipping law that has limited the region’s supply of fuel, particularly oil and natural gas.

The governors asked the Biden administration to “explore the conditions under which it might be appropriate to suspend the Jones Act for the delivery of LNG [liquid natural gas] for a portion or all of the winter of 2022-2023.”

They flagged the 102-year-old Jones Act because it requires that goods shipped between U.S. ports be carried on ships that are U.S. flagged, U.S. built, and mostly owned and crewed by Americans.

Since New England uses natural gas to meet nearly half of its electricity needs, this old law puts the region in a precarious position.

A shortage of natural gas pipeline capacity makes it challenging for New England to get enough fuel during periods of peak demand, such as the coldest days of winter and the hottest days of summer.

Importing domestic natural gas by tanker ship offers a possible solution. But the Jones Act gets in the way. Its requirement that New England energy companies hire domestic ships to transport fuel between American ports actually prevents New England from shipping fuel from Texas or Pennsylvania to Boston.

There aren’t any American LNG tankers, despite America being the world’s largest LNG exporter, with major export terminals on the Gulf Coast.

No LNG tankers have been built in the U.S. since 1980. This is largely because U.S. shipyards do not construct competitively priced ships. In 2015, the U.S. Government Accountability Office estimated it would cost up to three times the world market price to buy an LNG tanker from a U.S. shipyard, assuming one could be built at all.

In general, most of New England’s LNG arrives via pipeline. Pipeline capacity, however, cannot be added quickly.

As New Hampshire Consumer Advocate Donald Kries wrote in August: “The interstate pipeline network does not have enough capacity to supply the region with all of the natural gas it needs to heat all the homes and businesses reliant on that fuel while supplying all of the [natural] gas generators that would need to fire up in an extended cold snap.”

The Jones Act leaves foreign imports as the best alternative. Unfortunately, imports from abroad often run counter to U.S. foreign policy. Before the war in Ukraine, for example, New England and Puerto Rico bought LNG from Russia on occasion. Similarly, Hawaii imported as much as a third of all its oil from Russia, mainly because the Jones Act made it too expensive to buy U.S. oil. But President Joe Biden’s ban on Russian fuel imports put an end to that.

Energy Secretary Granholm met with the New England governors on Sept. 15 to talk about their Jones Act waiver request, but according to Reuters, the outcome wasn’t great.

“In the event that there is an issue where additional supplies of heating fuels are needed, we would work with the states as appropriate to see what tools are needed,” a U.S. Department of Energy official told the news service.

Such obfuscation is unfortunate because a Jones Act waiver would be a win for everyone. New England residents could have a reliable supply of fuel, and probably would save on electricity costs, which already are extraordinarily high.

A Jones Act waiver also would unlock a new market for Gulf Coast LNG exports. And U.S. maritime interests should have no reason to complain, since there aren’t any LNG tankers that comply with the Jones Act anyway.

Beyond a waiver, Congress could reform the Jones Act in more substantial ways. The law has failed in its mission to ensure a healthy maritime industry in the name of national security, and an update is long overdue.

Today, only four U.S. shipyards build large oceangoing commercial ships, and only 93 such ships are Jones Act-compliant — down from 257 in 1980. Since 2020, those shipyards have produced only two large, oceangoing vessels, with one other large cargo ship set to be completed later this year — and it is not an LNG tanker.

Perhaps the best initial reform would be to repeal the law’s U.S.-built requirement, even if only for LNG tankers. This would put more LNG tankers into service for the American people, make it easier for U.S. carriers to expand their fleets and markets, provide more jobs for U.S. mariners, and help keep New England warm during the coming winter.

If we maintain the status quo, the odds of New Englanders running short of fuel this winter remain elevated. Why court such a disaster when a solution is as easy as reforming a single bad shipping regulation?

Jonathan Helton is a research associate at the Grassroot Institute of Hawaii.