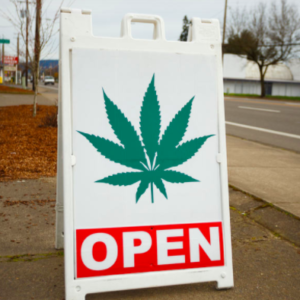 There are multiple bills aimed at legalizing recreational marijuana this year in the New Hampshire State House. HB639-FN-A is one of them, and it will be discussed in the Commerce and Consumer Affairs Committee this Wednesday at 1:15 p.m.

Fortunately for New Hampshire, as we consider this decision there are other states we can look to that have already legalized and see how it is going for them:

The Medical Director for the Medical Center of Aurora,  the state’s largest non-public psychiatric hospital, said the emerging epidemic of marijuana addiction “threatens to swallow the lives of a whole generation of Coloradans.”

It is noteworthy to recognize that many elected officials are still willing to take a cautious approach. In 2021, Delaware’s Democratic Gov. John Carney vetoed a legalization bill, stating it was “in the best interests of the state of Delaware, especially our young people. Questions about the long-term health and economic impacts of marijuana use, as well as serious law enforcement concerns, remain unresolved.”

Granite Staters deserve to have a thorough debate on this issue, and they deserve their legislators to consider more than just profits when casting their votes. Granite Staters also deserve for this bill not to have been slipped quietly and quickly into the Commerce and Consumer Affairs Committee, instead of the Criminal Justice Committee, where the bill’s main sponsor is a member of this committee.

Legalization comes with a significant public health cost that all states should consider carefully. And although new data is emerging on this public health crisis, this is only the tip of the iceberg because there are so many more data points we are not measuring.

Sue Homola is a former GOP state rep from Hollis, NH. She wrote this for NHJournal.com.