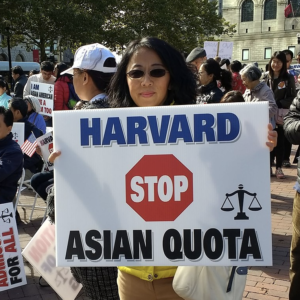 Hassan, Shaheen Vote Down Ban on Discrimination Against Asian Students

New Hampshire Sens. Maggie Hassan and Jeanne Shaheen voted down an amendment to the COVID-19 Hate Crimes Act that would have defunded colleges and universities that discriminate against Asian American applicants.

The amendment, proposed by Sens. Ted Cruz (R-Texas) and John Kennedy (R-La.) was just one sentence long. It said no college “may receive any Federal funding if the institution has a policy in place or engages in a practice that discriminates against Asian Americans in recruitment, applicant review, or admissions.”

Both of New Hampshire’s Democrats voted no.

There have been a series of lawsuits in recent years alleging discrimination against Asian students by universities, particularly elite, Ivy League institutions.

In October 2020, the Department of Justice under the Trump administration sued Ivy League Yale University, alleging it discriminated against applicants on the grounds of race and national origin, specifically against Asian and White applicants. The Biden administration dropped the suit in February before there could be a ruling.

The Asian American Coalition for Education, which supported the lawsuit, decried the decision.

“I am totally shocked by the Biden DOJ’s hasty decision to drop the Yale lawsuit, only eight days after President Biden signed an executive order claiming to combat anti-Asian discrimination,” said AACE President Mr. Yukong Zhao. “The administration has no intention to eliminate true anti-Asian discrimination at the hands of the American establishment. This is purely ugly identity politics that further divides our nation.”

Jeffrey Lam, an Asian-American student at Dartmouth College spoke with NHJournal about his experiences with admission discrimination at New Hampshire’s only Ivy League school.

“I think that affirmative action policies in college admissions may have some merit in some cases — for example to perhaps increase diversity in a class or to give opportunities to underprivileged students,” said Lam. “I think we could have a good conversation about whether these are good goals to have and how we can implement those goals in college admissions.”

“I also think we have to at least acknowledge and recognize that, the way affirmative action policies and college admissions are designed now disproportionately targets and impacts Asian American applicants,” Lam said. “I feel like this amendment that was blocked by New Hampshire’s Democratic senators, as well as the other Senate Democrats, I think they are not even willing to acknowledge that there may be some impact, intentional or not, on Asian American applicants

NHJournal also asked Lam what he would say to Hassan and Shaheen.

“I would talk to them about how even though affirmative action may have some positive merits and some legitimate goals, that we cannot completely disregard the impact to Asian American applicants,” said Lam.

“It’s shameful and embarrassing that Senators Hassan and Shaheen voted against ending discrimination against Asian Pacific Americans in higher education,” Subach told NHJournal. “While they claim to oppose all discrimination, their vote shows that is simply not the case.”

Neither senator responded to requests for comment regarding their vote against the amendment.