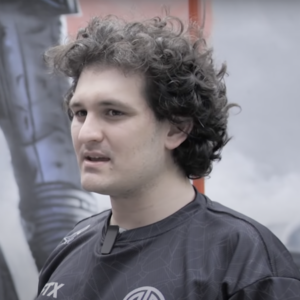 New Hampshire Democrats are near the top of the list of accused fraudster Sam Bankman-Fried’s political favorites, receiving tens of thousands of dollars of donations from his allegedly stolen funds.

According to data from the Federal Election Commission, Sen. Maggie Hassan is tied for #6 on the list of campaign contribution recipients from the indicted crypto scammer and his FTX companies. Hassan and Michigan’s Sen. Debbie Stabenow were the top two individual recipients of Bankman-Fried’s largesse.

Bankman-Fried — or “SBF” as he has come to be known — has donated nearly $45 million to political causes since 2020, primarily to Democratic campaigns and committees. About $37 million was donated to Democrats while $240,000 when to the GOP.

In addition, it is possible they both could have received SBF/FTX donations that were given illegally via other sources. Bankman-Fried was the second biggest Democratic donor in the 2022 election cycle. He is charged with violating campaign finance laws and running “straw-man” donor schemes.

And The New York Times reports a law firm representing Hassan’s campaign, the Elias Law Group, received an email from a prosecutor in the United States Attorney’s Office for the Southern District of New York. The email sought information about donations from Bankman-Fried, his colleagues, and companies.

This is the same Elias Law Group representing the Massachusetts-based mail shop that sent illegal mailers into the Granite State during the NH-02 GOP primary and has yet to reveal who funded them.

Last week, the United States Attorney for the Southern District of New York called on “any person, entity or political campaign that has received stolen customer money” to “work with us to return that money to innocent victims.”

On Friday, the Democratic Party’s three top campaign organizations announced they plan to return more than $1.1 million received from Bankman-Fried. In a statement, the Democratic National Committee said it was setting aside $815,000 in funds received from him in light of “potential campaign finance violations” made by the billionaire.

Neither Hassan nor the New Hampshire Democratic Party responded to a request for comment about the donations or whether they plan to keep the money.

“It’s very disturbing that the New Hampshire Democrat Party is cozy with this nefarious personality,” said Republican National Committeeman Chris Ager, who is currently running for NH GOP chair. “Sen. Hassan owes Granite Staters an explanation and she should return all of this dirty money to the victims.”

In the past, Chairman Ray Buckley and the state party have been relucted to return campaign donations. When tech billionaire Chamath Palihapitiya made headlines last January for dismissing China’s ongoing genocide against their Uyghur Muslim population as not worth caring about, several campaign committees gave back his donations. But Buckley and the NHDems held onto his $10,000 check.