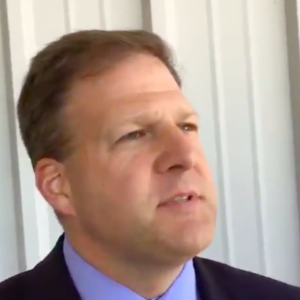 Gov. Sununu On The F-Bomb Intern: “There Would Be A Termination”

During a media appearance today, Gov. Chris Sununu (R-NH) said that, unlike his fellow New Hampshire pol Sen. Maggie Hassan (D-NH), he would fire an intern who shouted “F— you” at a public official.

“I wouldn’t tolerate it in my office,” Sununu said. “There would be a termination.”

Caitlin Marriott, a 21-year-old intern in Sen. Hassan’s office, shouted “Mr. President, F—you!” as President Trump walked through the Capitol on June 19th. Marriott then hid among a group of interns and evaded Capitol police who investigated the incident as a possible threat. Yesterday it was revealed that the Keene State student is an intern for Sen. Hassan and that the senator will not fire her for her behavior. She has instead been given a week’s suspension

When asked how he would react if one of his interns behaved the same way, Gov Sununu told reporters:

“That outburst was disgusting behavior and there’s no place for that in public discourse. We have to hold ourselves to a higher standard.  I think we do that very well here in New Hampshire. We have to lead by example and my hope is that Gov. Hassan [sic] will take the appropriate steps.”

“I wouldn’t tolerate it in my office. There would be a termination,” Sununu said. “You have to lead by example. Staying positive, brining ideas to the table, holding your self and your staff to a standard that others can emulate. That’s part of leadership.”

TODAY: @GovChrisSununu tells @ConMonitorNews @nhpr if an intern in his office dropped the f-bomb on @realDonaldTrump “I wouldn’t tolerate that in my office.. there would be a termination.” #NHPolitics pic.twitter.com/dRYhuvniKw